The Shower Scene Was Supposed to Be Silent 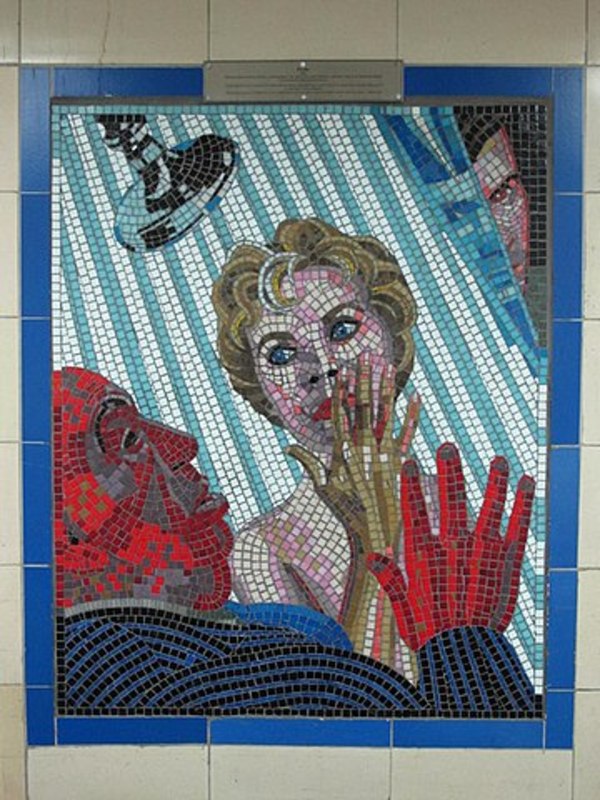 Photo credit: By Mike Quinn, CC BY-SA 2.0, https://commons.wikimedia.org/w/index.php?curid=45941505. The shrieking music that will forever accompany Janet Leigh's screams in the shower weren't supposed to be there originally. Hitchcock wanted the scene to be silent except for screams and the stabbing sound (made by stabbing a melon -- and they actually tested stabbing melons until they found the one that had the right sound). However, the film's composer came up with a score anyway, and Hitchcock liked it so much that not only did he use it, but he also doubled the salary for the composer.

Major Media Outlets Spoiled the Movie's End Before the Film Was Released Photo credit: By JGKlein - Own work, Public Domain, https://commons.wikimedia.org/w/index.php?curid=10844339. And you thought Game of Thrones spoilers discussed after the show ended were bad. Imagine if you had taken every step possible to hide the outcome of your upcoming film only to have major papers spoil everything six months before the film's release! This happened with Psycho — in January 1960, the Hollywood Reporter managed to give away the ending, and five months later, Variety followed suit. All this despite Hitchcock banning reporters, using fake film names, and swearing the cast and crew to secrecy.

Norman Bates of Psycho Shares a Common Origin With Other Murder/Slasher Films The movie script for Psycho was based on the novel by Robert Bloch, but the character of Norman Bates was not a complete work of fiction. Bates was based partially on Ed Gein, who confessed to two murders but was suspected of many more, not the least because his house was filled with items like clothes made from human skin. (Bloch later said in an interview that it was more the idea that this gruesome killer could be a neighbor with no one knowing any better that inspired Norman Bates.) Gein was also the influence for the killers in The Texas Chainsaw Massacre and Silence of the Lambs.

Are You Always on Time for a Movie? Thank Alfred Hitchcock and Psycho Because the key murder in the film takes place fairly quickly, Hitchcock knew that anyone arriving very late would end up asking about Janet Leigh and why they didn't see her in the film. To prevent this, he demanded that theaters not let people in after the film started. That sounds pretty normal now, but back then, it was normal to show up at whatever time and just keep watching. Hitchcock's requirement that everyone be seated before the film began changed how people treated filmgoing.

Psycho's Use of Black-and-White Film Was a Key Part of the Film's Existence Hitchcock filmed Psycho in black and white for two reasons. One, the film was cheaper to use; while color was prevalent by 1960, it was still more expensive, and Hitchcock needed to lower costs. But the really important reason was that, by making the film and thus the shower scene black and white, the blood in the shower wouldn't be bright red -- and that was a crucial part of getting the film past censors. The scene was already extremely violent for its time (and it remains one of the most violent movie murders), and putting it in color would have made the censors bin the film.