On May 24, 1844, Samuel F.B. Morse demonstrated the telegraph for the first time. Here are 5 things you things you probably didn’t know about this talented artist and inventor...

Morse Was a Talented Artist Samuel Morse co-invented Morse code, which is still used today by the Coast Guard and U.S. Navy as well as some radio enthusiasts. Image credit: WikiCommons Samuel Finley Breese Morse helped pay his way through Yale University by painting portraits and studied painting in England. Some of the commissions he received for portraits were of Presidents James Monroe and John Adams, as well as paintings that were hung in the U.S. Capitol. Probably one of his most famous paintings is of one of the galleries inside the Louvre in Paris, France, where he depicts a number of the famous artworks there. 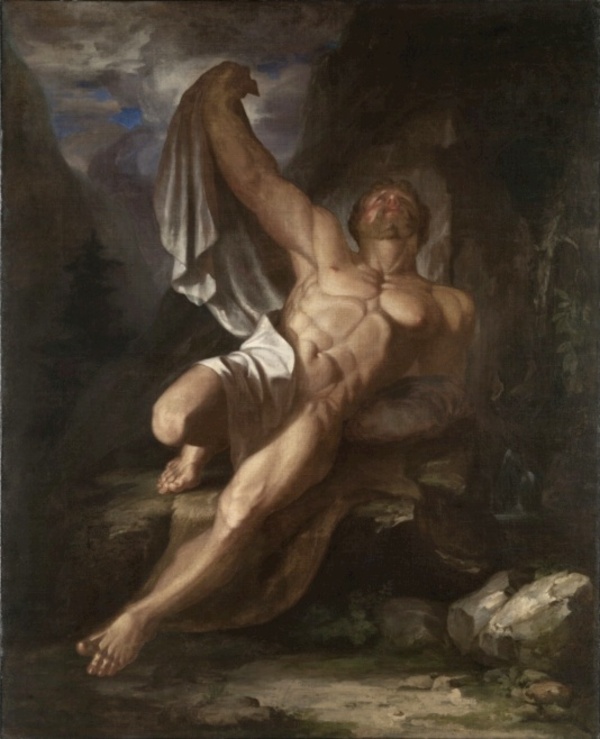 The painting “Dying Hercules” is considered one of the early masterpieces by Morse. Image credit: WikiCommons Morse was in Washington, D.C. working on a commissioned painting of Lafayette when he got a letter saying that his wife was seriously ill. He left Washington immediately to travel home, but his wife had died and was already buried by the time he got there. He was so grief-stricken that he decided to devote his time from then on to improving communication.

A Teenager Chose the First Words to Be Transmitted by Telegraph The first words sent by telegraph, “what hath God wrought,” were chosen by Annie Ellsworth, age 17, and the daughter of Henry Ellsworth, the U.S. Patent Office commissioner. Although Morse had held a patent for the telegraph since 1838, it took him until 1844 to receive the funding necessary to institute it. Morse, grateful for the support of Ellsworth, let Annie choose the message, which was sent from Washington, D.C. to Baltimore.

He Exited Public Life With a Flourish Phone lines went silent in 1922 when Alexander Graham Bell died, and lights were dimmed for the death of Thomas Edison, but Morse was still living when he said his farewell to public life. June 10, 1871, was unofficially declared “Samuel Morse Day,” and a cruise in New York Harbor, parade and dedication of a statue of Morse was held in Central Park in New York City, drawing a large crowd. Telegraph instruments around the country received a message from Morse at the same time, extending his greetings and thanks.

The Supreme Court Had to Rule That Morse Was the Inventor Upon traveling to Europe after his wife died, Morse met Charles Thomas Jackson, a scientist working on electromagnetism, which inspired Morse to use electricity to send a long-distance message. At the same time, inventors William Cooke and Charles Wheatstone were working on their own electrical telegraphy. They invented a multiple wire system, while Morse’s invention used a single wire, so he was given credit for the invention in the U.S. Supreme Court.