What Were The Former Capitals of the United States? 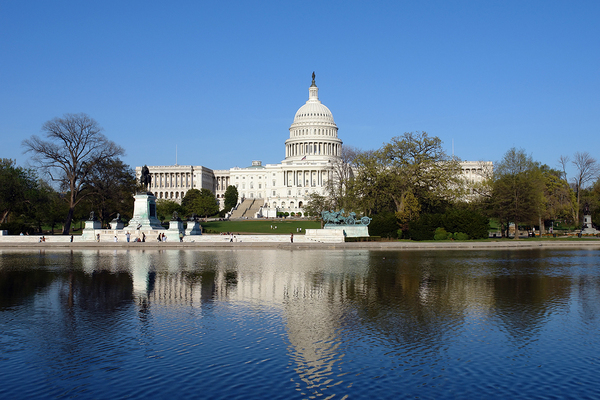 Pierre L'Enfant designed the layout of Washington, D.C., with the U.S. Capitol building in the center. The country has had nine capitals throughout its history, if the number of moves back and forth to individual cities is not counted. The first was for a little over a month in 1774 when the First Continental Congress met at Carpenter’s Hall in Philadelphia. In total, Philadelphia was used as the capital of the newly forming government nine times. Baltimore served as the capital for about two months from the end of 1776 through February 1777. Lancaster, Pennsylvania, served as the capital for one day, September 17, 1777, because British troops were advancing toward Philadelphia.

York, Pennsylvania, served as the capital for about nine months from autumn 1777 to summer 1778. The Articles of Confederation were written during this period. In 1783, from June 30 to November 4, the capital was in Princeton, New Jersey. This move was to escape soldiers from the Continental Army who wanted payment for their military service. The next capital was in Annapolis, Maryland, where the Articles of Confederation were ratified. Trenton was the capital for about two months in late 1784. Finally, New York City was home to the government starting in January 1785.

What Was the Residency Act? 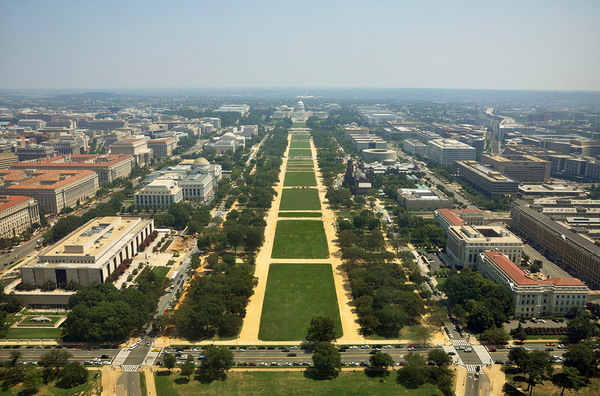 This aerial view of the Washington Mall was shot from the top of the Washington Monument. This means someone had to walk up 898 steps if the elevator wasn't working. Whew! The Residency Act was passed to settle an argument about where the permanent seat of government should be located. Logically enough, southerners wanted it to be located in the south, while northerners argued for the north.

On July 16, 1790, President George Washington signed the Residence Act, which called for the construction of a permanent capital city for the United States of America along the banks of the Potomac River. When the federal government and all 131 of its workers finally moved there in 1800, Washington, D.C., became the ninth American capital since the 1776 signing of the Declaration of Independence.

What Was the Original Name of Washington, D.C.? The name originally chosen for the nation’s capital was Washington, Territory of Columbia. It was named after George Washington and Christopher Columbus. It retained this name until 1871 when it was renamed Washington, District of Columbia.

Who Designed the Layout for the New Capital? Pierre Charles L’Enfant had come from France to fight in the American Revolutionary War and was chosen by George Washington to plan the layout of the new city. The centerpiece of the city designed by L’Enfant was the National Mall, which goes from the U.S. Capitol and congressional buildings to the Lincoln Memorial, located in front of the Potomac River.

In this two-mile long area are the Smithsonian Museums, the Washington Monument, the Jefferson Memorial, the Tidal Basin, the White House and memorials to the Vietnam and Korean War veterans. Capitol Hill is located at the city’s center. Although L’Enfant originally planned to construct an enormous waterfall that would cascade down on the Capitol’s west side, which is a fairly steep hill, it was never built.