The American Revolution officially came to an end when representatives of the United States, Great Britain, Spain and France signed the Treaty of Paris on this day in 1783. Here are 5 shocking facts about America’s war for independence that you probably didn’t know...

Invisible Ink Was Used by Both Sides to Send Secret Messages 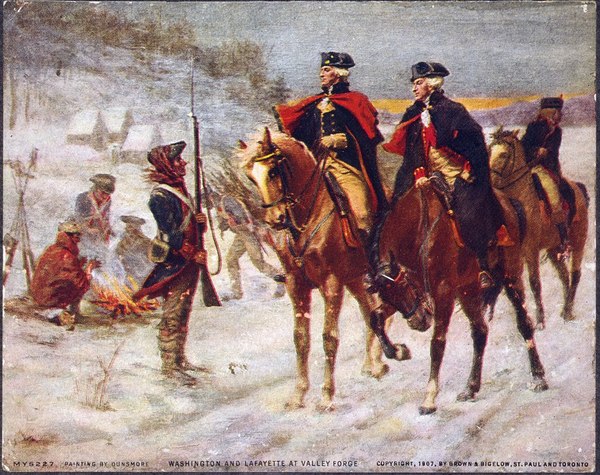 Continental Army troops numbering about 12,000 spent six months quartered at Valley Forge. Up to 2,000 soldiers died of diseases due to unhealthy conditions. Image credit: WikiCommons Invisible ink has been around since the time of the ancient Greeks and Romans, and it was also used in the Revolutionary War. American patriots and the British employed a mix of water and ferrous sulfate to send secret messages. The writing would be placed between lines of a letter perhaps asking about Aunt Gertrude’s health and could be read by holding the paper above a flame or using sodium carbonate to reveal the hidden message. 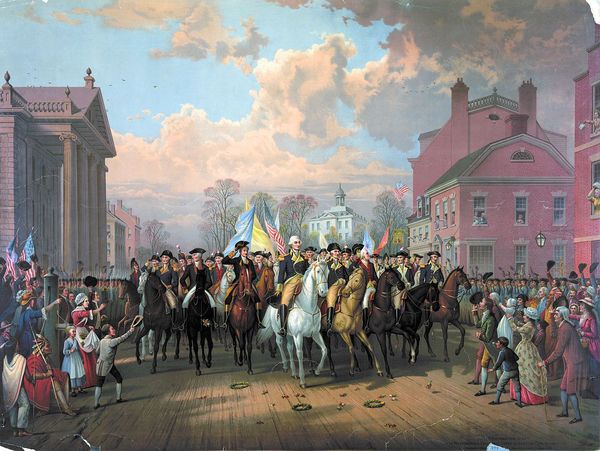 On November 25, 1783, the British army evacuated New York City, and General George Washington rode into the city with the Continental Army. Image credit: WikiCommons Pretty much everyone is familiar with the story of the Boston Tea Party, where the Sons of Liberty dressed as Native Americans and dumped 340 chests full of tea into Boston Harbor on December 16, 1773. However, a second tea party that most people don’t know about was held on March 7, 1774. This might be because the patriots only found 16 chests of tea to dump overboard, so it was a little anticlimactic compared to the first time they did it.

The Entire Continental Army Was Almost Wiped Out in New York On August 22, 1776, General Washington's forces were defeated in what is now Brooklyn, New York, by the 20,000 troops led by William Howe, the commander of the British forces. With his back to the East River and the British army in front, Washington, fearing that the Royal Navy could potentially stop his ability to retreat, made a risky but fortuitous decision. He called in flatboats to move his army to Manhattan, and a foggy night those evenings of August 29 and 30 shielded them from sight, so Washington’s 9,000 were ferried out with no losses.

There Was a Female Version of Paul Revere - Only Better Paul Revere made his famous ride on April 18, 1775, to warn that the British were coming, and two years later, Sybil Ludington, 16, of New York, rode out herself. She raced by horseback for 40 miles through towns in Putnam County to warn New York militia members and rally the troops because British soldiers had set fire to buildings in Danbury, Connecticut. Ludington’s ride was two times as far as Paul Revere’s.

The British Put on Theatrical Performances During the Revolution The British set up theatre companies during the American Revolution in New York, Boston and Philadelphia. The theatrical groups were commanded by generals John Burgoyne, Henry Clinton and William Howe. Whenever the British army occupied any of these cities, they would put on productions and advertise them. Major John Andre, whom the Continental Army later hung as a British spy, appeared in productions in New York. He also painted the backdrop for the stage in Philadelphia, which was still in use at the theater until it burned in 1821.