On Jan. 6, 1844, artist turned inventor Samuel F.B. Morse sent out the first message on the telegraph. The telegraph became the standard for long-distance communication around the world until the creation of the telephone. Here are five things you didn't know about Samuel Morse, the telegraph, and Morse Code...

The Abbreviations in Telegrams Were a Precursor to Textspeak 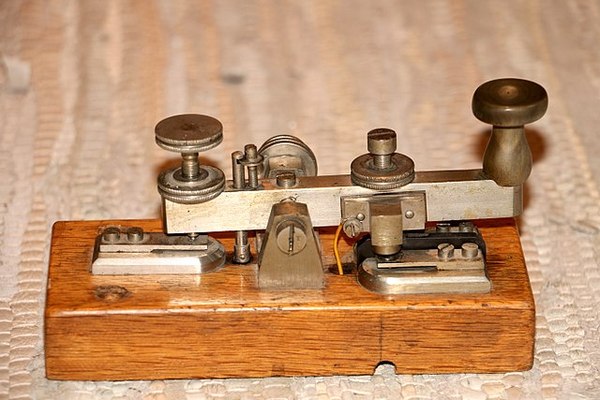 Photo credit: By Hp.Baumeler - Own work, CC BY-SA 4.0, https://commons.wikimedia.org/w/index.php?curid=61723472. People complain about the abbreviations used in textspeak now—LOL, IDK, and so on—but telegrams contained abbreviated language that was really the precursor of textspeak. Telegrams were paid by the word, except for the word "stop," so people would abbreviate whatever they could and use "stop" instead of a period. "SOS" is a very common abbreviation still in use today that was created during the Morse Code telegram era. Whole sentences might have had their vowels stripped out as well. Even words that looked like they were the same length when written were changed for telegrams if the Morse Code for one word was shorter than the other. For example, instead of reading "ha ha" for laughter in a telegram, you might have seen "hi hi" (as in "hee hee") because the code for "i" was shorter than the code for "a." 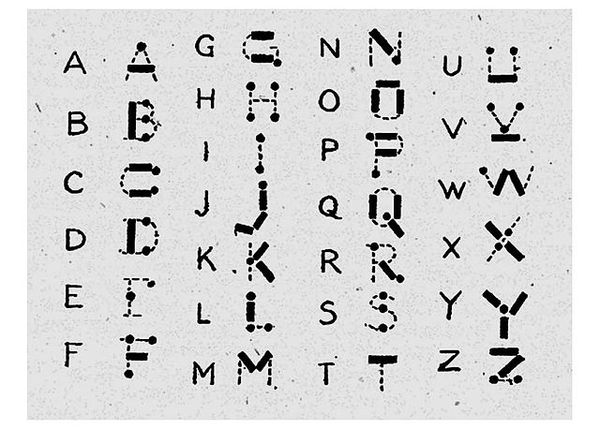 Mnemonic charts helped people memorize Morse Code. Photo credit: By Robert_Baden-Powell,_1st_Baron_Baden-Powell(Life time: 1941) Morse was not the only person working on telegraphic systems, and in fact, a couple of other researchers were able to send telegraphic messages before Morse succeeded. However, those researchers had vastly different systems that required several cables, while Morse was able to create a system that transmitted data along a single cable, which was much simpler to use.

Morse Almost Didn't Get Proper Credit—or Payment—for the Telegraph Once Morse's telegraph system expanded, he thought he would get lots of money for it, and he should have. However, he almost didn't. Many countries started adding knock-off telegraph systems and wiring and didn't honor his claims or pay the royalties he was due. He had to take his claims to the Supreme Court, where he won on the logic that, while other telegraph systems were in existence before his, he was the one who created the single-wire system that was now ubiquitous.

Morse Code Has Expanded to Include New Symbols and Other Languages Basic Morse Code works for alphabets that use Roman-style letters. However, the system has been expanded to create Morse-Code equivalents for languages that use non-Roman letters, syllabaries, and even characters. In Chinese Morse Code, for example, special codes that are mapped to Morse Code dots and dashes were created for each character. Japanese Morse Code (called "Wabun") uses codes created for one of the kana syllabaries.

Text-to-Morse-Code Now Exists Morse Code has seen some dark times lately as it is no longer required for many amateur radio operator license tests. But the military still uses it, and in fact, the U.S. Navy has been testing a system that converts text messages to Morse Code. Someone will type in a text, and the system, called the Flashing Light to Text Converter system, automatically translates the text into Morse Code that is then sent using a ship's lamp light system.