On March 19, 1953, the Academy Awards ceremony was televised for the first time. See if you can answer the following trivia questions about the awards that honor the crème de la crème of Hollywood royalty...

Which Actor Was Nominated for an Academy Award Twice After He Died? 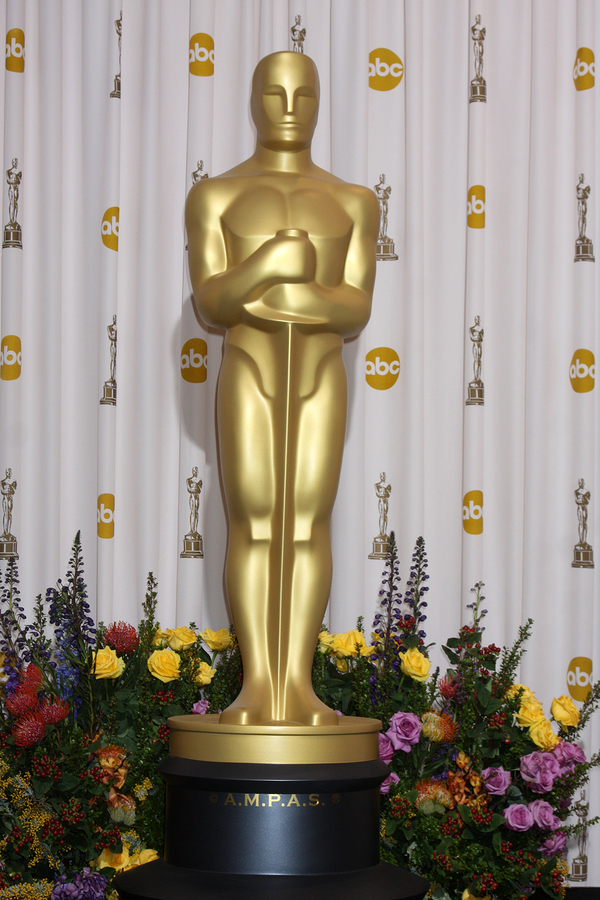 The first Oscar was presented in 1929, and around 270 people watched its presentation. There have been a number of people over the years who were nominated for an Academy Award after they died. The first was Sidney Howard, who was the screenwriter for Gone With the Wind in 1939. Actor James Dean received two Academy Award nominations after he died; one was for his role as Cal Trask in East of Eden in 1955, and the other was for playing Jett Rink in Giant in 1956. 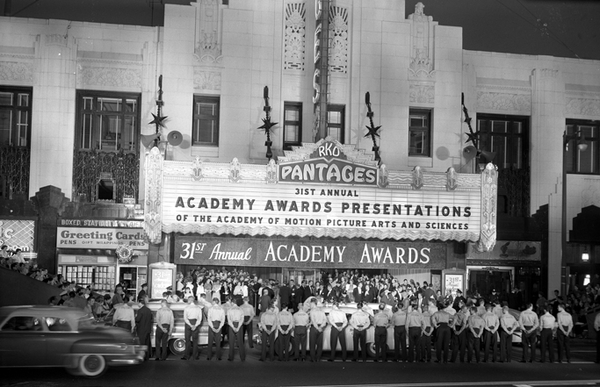 The 1959 Academy Awards ceremony was held at the Pantages Theater in Hollywood. However, the location for the awards has changed numerous times over the years. Image credit: WikiCommons Two films in the history of the Academy Awards tied for the most nominations — 11 — without winning a single Oscar. The Turning Point starred Ann Bancroft and Shirley MacLaine, both of whom were nominated in the Best Actress category, but Faye Dunaway won in 1977 for her role in Network. The Color Purple was also nominated 11 times in 1985. Whoopie Goldberg received a Best Actress nomination that year for The Color Purple, but she lost to Sally Field for her role in Places in the Heart.

What Two Pairs of Sisters Were Nominated at the Same Time? Sisters Olivia de Havilland and Joan Fontaine were nominated in 1941; Fontaine for Suspicion and de Havilland for Hold Back the Dawn. It is rumored that Fontaine’s win of the Oscar may have helped lead to the sisters’ estrangement for decades. It may have been easier for the Redgrave sisters, Lynn and Vanessa, when Vanessa was nominated for Morgan: A Suitable Case for Treatment and Lynn was nominated for Georgy Girl because both of them lost.

What Was the First Movie in Color to Win Best Picture? Gone With the Wind was filmed in Technicolor and was the first color film to win an Academy Award. This epic film, which won in 1940, had a several-year delay in production while the studio searched for the perfect actress (Vivien Leigh) to play Scarlett O’Hara, and they waited for Clark Gable to be free to play Rhett Butler. The film was nominated for 13 Academy Awards and won 10. Also, Gone With the Wind was the longest film to ever win this prestigious award, with a running time of 3 hours and 56 minutes.

What Actress Has Won the Most Oscars? Katharine Hepburn holds the record with four separate Best Actress wins. During her sixty year film career, Hepburn won the award for "Morning Glory," "Guess Who's Coming to Dinner," "The Lion in Winter," and "On Golden Pond." She was nominated an impressive eight more times for films including the classics "The Philadelphia Story" and "The African Queen."