On May 10, 1869, a golden spike was driven into the last railroad tie at Promontory, Utah, marking the completion of the first transcontinental railroad in the United States. Here are 5 surprising things you didn't know about this massive project that provided more accessible travel for Americans and revolutionized shipping....

The Ambitious Rail Line Project Was Begun During the Civil War 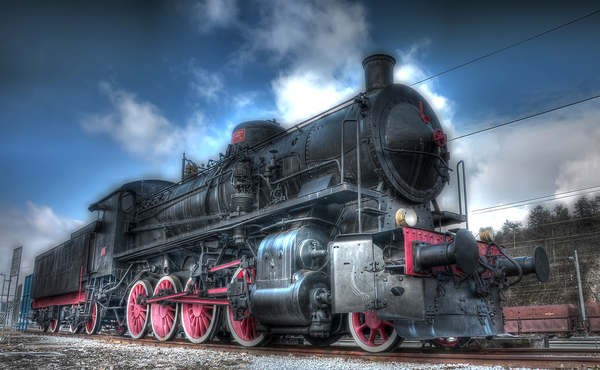 The completion of the Transcontinental Railroad made travel and shipment of goods faster as well as being safer than stagecoaches and wagon trains. The Civil War was in full swing in 1862 with Stonewall Jackson driving soldiers with the Union Army away from Winchester, Virginia, and Union ships seizing control around the Mississippi River. In addition to dealing with the war, President Abraham Lincoln was concerned about the country’s future and its progress. On July 1, 1862, he committed the federal government to the construction of a rail line that would lead from the Atlantic Ocean to the Pacific by signing the Pacific Railway Act into law. 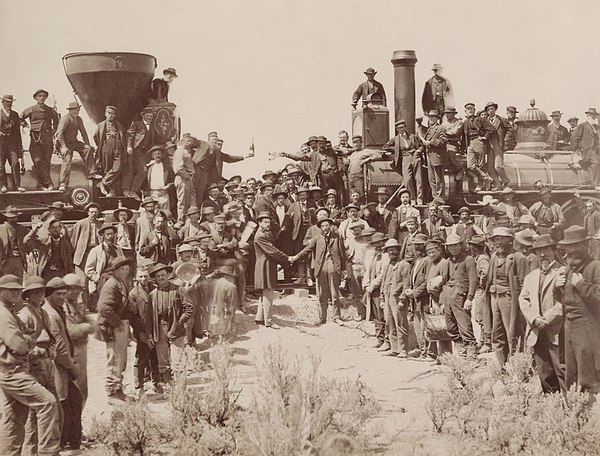 Under the provisions of the Pacific Railway Act, two companies, the Union Pacific Railroad and the Central Pacific Railroad would be building the route to the west, and the rail lines would come together at an unspecified point. It was a lucrative job for the railroad companies, and they were paid in government bonds of $16,000 for one mile of track and up to $48,000 in areas of difficult terrain, plus a sizeable amount of land.

Workers Who Were Mostly Immigrants Built the Rail Line Because of the ongoing war and gold fever in the west, it was difficult at first for the railroads to find employees. The Central Pacific Railroad hired more than 10,000 immigrants from China to prepare the rail beds, dig tunnels, lay the track and build the bridges. The Union Pacific laid little track until the close of 1865 because of the war but then hired mainly Irish immigrants to do the work.

Nineteen Train Tunnels Were Dug Out by Hand Excavating a tunnel was much more difficult back in the 1860s and was done by hand using hammers and chisels, making progress of about one foot each day. The Union Pacific managed to create four out of the total of 19 tunnels, but it fell to the Central Pacific to make it through the Sierra Nevada Mountains. One tunnel near Donner Pass, the infamous site where Alfred Packer turned cannibal with the Donner party, caused untold deaths of Chinese railroad workers as they froze to death digging through granite at 7,000 feet of altitude and snowfalls of up to 40 feet.

A Bet Was Waged on Which Company Could Lay the Most Track in One Day Promontory Point in Utah was designated by President U.S. Grant as the place where the two different railroad lines would meet, completing the line that would lead from the Pacific to the Atlantic oceans, so naturally, the railroad crews decided to bet on which company would get there first. Charles Croker, the Central Pacific construction supervisor, bet they could lay the longest amount of track in a day against Thomas Durant’s crew, who worked for the Union Pacific. Crocker’s team won after laying 10 miles, while Durant’s team laid only seven.