On February 7, 1964, the Beatles arrived in New York to a cheering crowd of fans to perform live on The Ed Sullivan Show. Try to answer these trivia questions about the American invasion of one of the most popular bands of all time.

Which Beatles Sang Backup on a Rolling Stones Song in 1967? 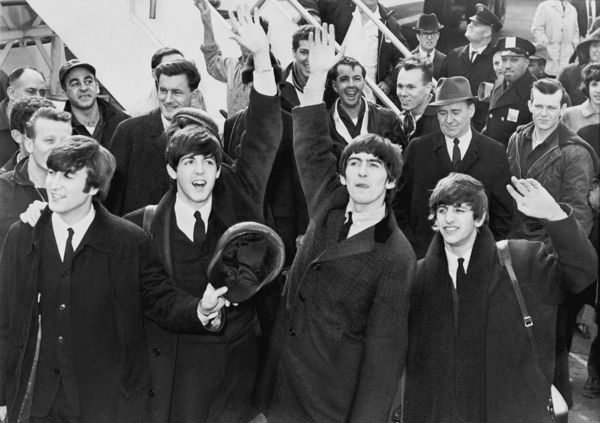 The Beatles made their first appearance in the United States in 1964, where they were welcomed by thousands. Photo source: WikiCommons. Paul McCartney and John Lennon sang backup on the Stones’ song, “We Love You.” They also contributed hand clapping, and McCartney played the maracas while Lennon played the tambourine. The two Beatles were at Olympic Studio where the Rolling Stones were recording the song, which had been written to thank fans for continuing to support the Stones following their highly publicized drug bust. 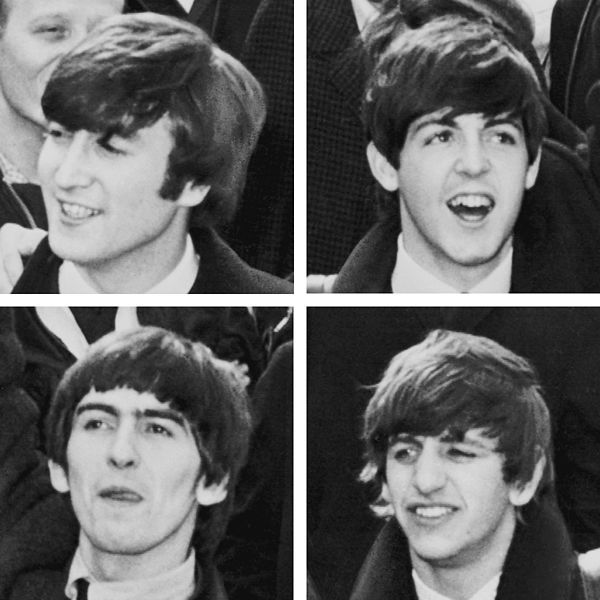 The Beatles were instantly recognizable with their mop-top haircuts. Photo source: WikiCommons. In 1967, this hit song from the album, Magical Mystery Tour, became controversial because of a few mumbled words by John Lennon. Rumors were rampant among fans that popular Beatle Paul McCartney had died and a look-alike had been hired to take his place. Reportedly, when “Strawberry Fields Forever” was played backward, near the song’s end, fans could hear Lennon singing, “I buried Paul.” According to Lennon, the words he was singing were really “cranberry sauce.”

Other songs reportedly had reference to McCartney’s death. “A Day in the Life” had lyrics that said, “He blew his mind out in a car.” Played backward, some fans heard the words, “Paul is dead, miss him, miss him.” Even one of the album covers was reported to contain references to McCartney’s death. On "Yesterday and Today," the cover features the band members wearing butchers’ coats with pieces of raw meat and dismembered doll parts scattered across their bodies. Obviously the group’s idea of a joke, but when fans started equating it with the death of McCartney, it was taken off the market and replaced.

Which Beatles Songs Were Banned by the BBC? Four songs by the Beatles were banned by the BBC. “A Day in the Life” was banned because it reportedly encouraged the use of drugs. “I Am the Walrus” was placed on the list because of its reference to “knickers.” The others were “Lucy in the Sky With Diamonds” and “Fixing a Hole,” which supposedly referred to drugs.

Daisy Hawkins is the original name of which Beatles hit song? Eleanor Rigby is a song by the Beatles, released on the 1966 album Revolver and as a 45 rpm single. However, the original name of the protagonist that he chose was not Eleanor Rigby but Miss Daisy Hawkins. In 1966, McCartney recalled how he got the idea for his song: I was sitting at the piano when I thought of it. The first few bars just came to me, and I got this name in my head ... "Daisy Hawkins picks up the rice in the church". I don't know why. McCartney said he eventually came up with the name "Eleanor" from actress Eleanor Bron. "Rigby" came from the name of a store in Bristol, "Rigby & Evens Ltd, Wine & Spirit Shippers". He recalled in 1984, "I just liked the name. I was looking for a name that sounded natural. 'Eleanor Rigby' sounded natural."

Who was the youngest member of The Beatles? The youngest Beatle was George Harrison who was born on February 25, 1943 in Liverpool, England. John Winston Lennon was born in 1940 and died in 1980, Paul McCartney was born in 1942 and Ringo Starr was born in 1940.  Post-Beatles, Harrison made acclaimed solo records and started a film production company. He died of cancer in November 2001.