On June 12, 1987, President Ronald Reagan delivered a speech in West Berlin in which he challenged Soviet leader Mikhail Gorbachev to tear down the Berlin Wall. To mark the anniversary of Reagan's powerful Cold War speech, here are 5 things you didn't know about the Berlin Wall..

The Wall Fell by Mistake 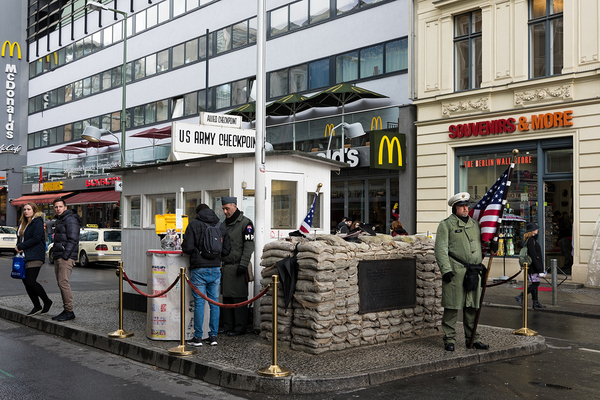 Checkpoint Charlie was the crossing point between East and West Berlin. At a 1989 press conference held by a member of the politburo in East Germany, it was announced that there would be a lifting of restrictions on travel visas that would start right away. However, he misspoke because East Germans would still have to go through the process of visa applications, which was lengthy. Erroneous reports that the border crossings had been opened led to thousands of people showing up, and the head duty officer, overwhelmed, opened the crossing and soon the others followed suit. 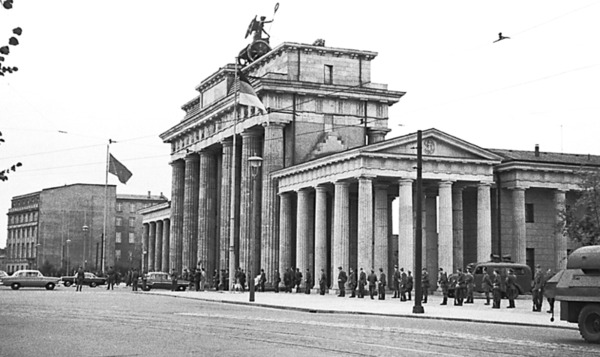 Image credit: WikiCommons Those who are unfamiliar with the Berlin Wall may not realize that it was actually two walls that were 27 miles long and separated East and West Berlin. The two high walls had a wide “death strip” in between them, which contained watchtowers, guard dogs, trip-wire machine guns, floodlights and anti-vehicle trenches. If someone did manage to get over the first wall, it wasn’t an easy task to cross over to the other wall and make it over that one to the other side.

Thousands of People Escaped from East Germany Over the Years A young East German border guard, Corporal Conrad Schumann, was the first person to escape from East Germany two days after the border was originally sealed. Some escapees made it through by using the sewers, some dug tunnels and others hid in vehicles driven by visitors. Over the years, an is estimated 5,000 people made it into West Berlin and freedom.

A Church Was Located in the Death Zone The only building that wasn’t destroyed inside the death zone was the Church of Reconciliation, although it was abandoned because its parishioners could not reach it to attend services anymore. Deciding that the church obscured the view from the watchtowers, it was intentionally destroyed in 1985, and a new building was constructed in its place.

Thousands of Guard Dogs Patrolled Inside Patrolling “wall dogs” were used to help secure the “death strip,” and estimates mention between 6,000 and 10,000 animals that were tethered to 16-foot chains. It isn’t surprising that German shepherds were most popular, although Great Danes, Rottweilers and other breeds were used. The dogs were generally not used to attack attempted escapees but to keep them at bay until guards arrived.