On January 31, 1990, McDonald's Corp. opened its first fast-food restaurant in Moscow to a line of at least 5,000 new customers waiting outside. See if you can answer the following trivia questions about McDonald’s, the home of the Big Mac...

Do Any Members of Royalty Own a McDonald’s Franchise? 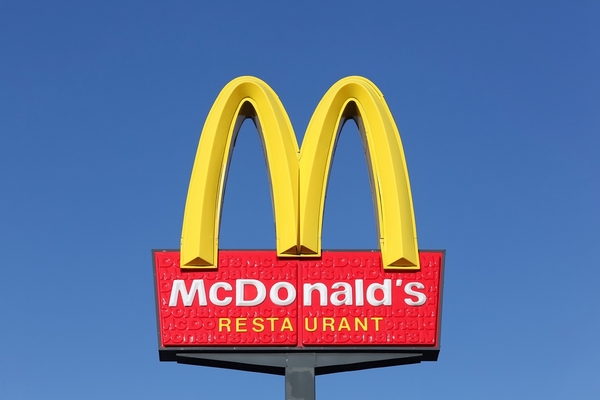 Although real arches were part of the original design at McDonald's and incorporated into the buildings themselves, that changed in 1968 when they were changed to resemble the "M" in McDonald's. You could say that Queen Elizabeth owns one, but it is actually the Crown Estate, which manages investments for the British crown, that owns a McDonald’s about 80 miles from London. It’s part of the Banbury Gateway Shopping Park, which contains the fast-food restaurant; a Primark, which is a fashion store; Starbucks and other shops. Considering the Queen is careful about her diet, it is unlikely that she ever ate there, though.

Are McDonald’s Menus the Same Around the Country? 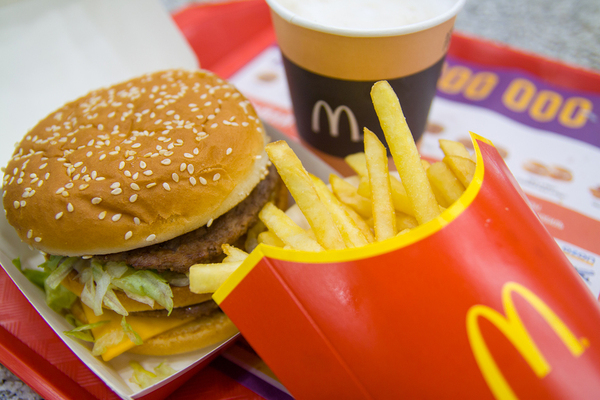 The most popular item on the McDonald's menu is their French fries. The secret is natural beef flavoring, but don't tell anyone. The Big Mac comes in at a not too distant second. A McDonald’s menu may have variations depending on where you live in the world, and some offer specialty items. For example, a McDonald’s in New England may offer McLobster rolls, while Hawaii can offer a breakfast that includes Spam or noodle soup that comes with fish cake. You can also order McFalafel in Israel, McRice burgers in Singapore or fried shrimp in Russia.

What Was the Chain’s Worst Food Idea? Ray Kroc invented a burger in 1962 that was aimed toward Catholics, who shunned meat during days of Lent. The "burger" was a slice of grilled pineapple with a piece of cheese slapped on top, and it was sold on a bun. Unfortunately, it failed miserably with clients. McDonald’s other meatless option, the Filet-O-Fish has been a resounding success. Other failures offered by the restaurant chain include the McHotDog; the McGratin Croquette, a patty concoction of mashed potatoes; macaroni and shrimp and McSpaghetti because people just couldn’t wrap their minds around eating Italian food at McDonald’s.

What Group Was the Big Mac Originally Developed to Serve? The Big Mac debuted in Uniontown, Pennsylvania, as the brainchild of Jim Delligatti, the owner of a McDonald’s there during the 1960s. Delligatti realized that many of his customers were steel workers, and a cheeseburger with one patty wasn’t enough to fill them up. He experimented and ended up inventing the Big Mac, and the rest is history.

What Was the Main Menu Item at the Original McDonald’s? Owned by Mac and Dick McDonald, the restaurant started off specializing in barbecue in 1940. By 1948, the menu was changed to reflect their most popular menu items: hamburgers, cheeseburgers, pie and potato chips — and that was all that appeared on the menu. Ray Kroc signed on by opening the first franchise in 1955 in Des Plaines, Illinois, with the same menu and low prices.