On April 5, 1976, the reclusive and mysterious billionaire Howard Hughes died at age 70. Hughes was a real estate mogul, a successful Hollywood producer, and a record-setting aviator. Here are 5 things you didn't know about Howard Hughes...

Hughes Became a Millionaire at age 18

Hughes was named Time's Man of the Year in 1948 for his invention of the Hercules H-4, better known as the Spruce Goose. Image credit: WikiCommons Hughes’ father, Howard Sr., was a dropout from Harvard who made his way to Texas to work in the oil industry as a wildcatter. After inventing a new drill bit that made drilling for oil easier, he went into business with a partner to manufacture it. The younger Hughes, whose mother had previously died, inherited that company from his father at age 18, after his father died. It made him a millionaire.

Hughes Set Not One, but Two Speed Records 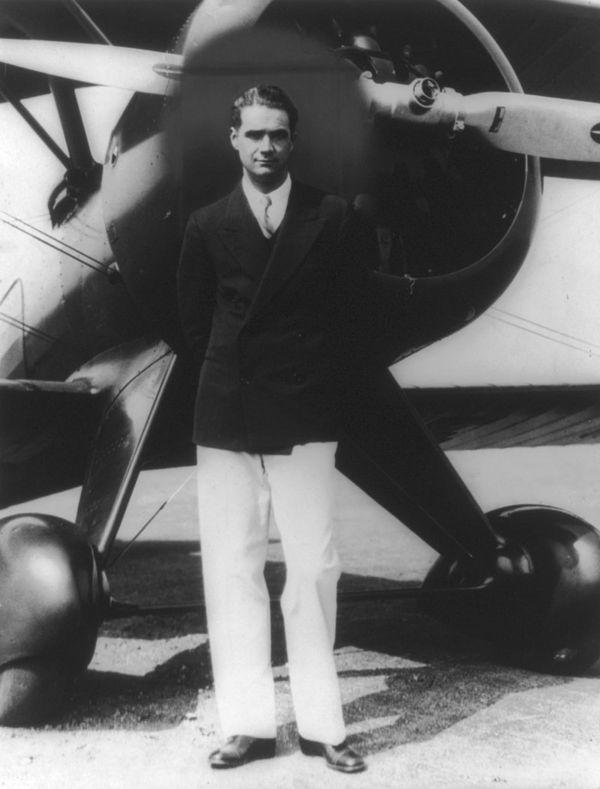 The first flight record set by Howard Hughes was in the Boeing 100A, when he traveled about 20 miles at an average speed of 185.7 mph. Image credit: WikiCommons The first speed record Hughes set was on January 13, 1936, in his H-1 Racer monoplane, where it was clocked at 352 mph at a course near Santa Ana, California. The metal and wood single-seat plane took Hughes 18 months to design and build, and was tested at the Guggenheim Aeronautical Laboratory at Caltech in a wind tunnel. On January 19, 1937, he flew across the country from Burbank, California to Newark, New Jersey, in a speed that cut the current record by 75 seconds.

His Famous Wooden Airplane Only Took to the Skies Once Hughes had a U.S. government contract during World War II to construct an aircraft that could be used to transport up to 700 troops or carry 60 tons overseas. The Spruce Goose, constructed of birch, was the biggest aircraft up-to-date with a 320-foot wingspan. In 1947, following the end of the war, Hughes piloted the plane for around a mile at Long Beach, California, above the water, and this was the only time it ever flew.

His Severe Phobias Turned Him Into a Recluse About 30 years before his death, Hughes' phobias took over, and he spent the rest of his life in hotel rooms to avoid germs. He wore tissue boxes as footwear to keep himself germ-free. His extreme obsessive-compulsive disorder caused him to go so far as to write a manual for his staff on how to open canned peaches, which included removing the label first, washing the can until bare metal showed, rewashing it and not touching the can to the bowl they were pouring the fruit into. As he got older, he rarely brushed his teeth, bathed or trimmed his nails and hair, but he insisted that his staff put paper towels over their hands when they served his food.

He Was as Controversial After Death as He Was When He Was Alive Hughes died of kidney failure on a flight from a hotel in Mexico to a medical facility in Texas, but the drama didn’t stop there. He died intestate, having sired no children, though many fake wills showed up that claimed a part of his estate. Eventually, the estate was split between 22 cousins, with Hughes Aircraft going to the Howard Hughes Medical Institute.