On October 4, 1957, the Space Age began as the Soviet Union launched Sputnik, the first man-made satellite, into orbit. Here are five surprising facts you probably didn't know about the world’s first artificial satellite...

Sputnik 1 Was a Lot Smaller Than You Think When people think of satellites, they probably envision a huge mechanism, but Sputnik 1 was only 23 inches wide and weighed 184 pounds. Sputnik’s antennas were double-barreled, and the longest one measured 12.8 feet. As a comparison, the Cassini Saturn orbiter, launched in 1997, was closer to the size of the average school bus. 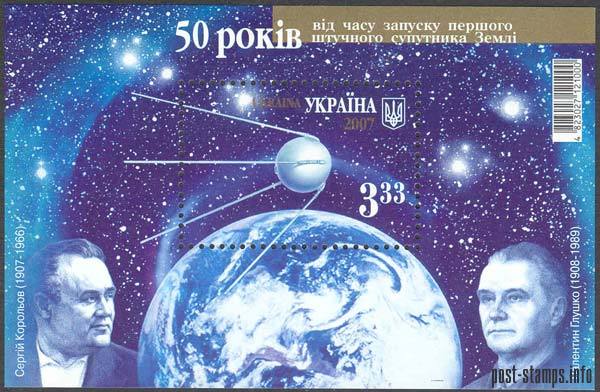 Sputnik 1 was launched by a rocket with four boosters strapped to the second stage, but the main engine of the rocket was slow in reaching the power levels it needed. This caused the rocket to pitch a few seconds after liftoff, and it deviated from its trajectory slightly. However, the engine achieved the performance it needed from 18 to 20 seconds after it lifted off. Sputnik 1 settled into its orbit as planned, making a revolution of the Earth at a rate of every 96 minutes.

The Satellite Was Launched Earlier Than its Scheduled Date Although the launch of Sputnik 1 was originally scheduled for October 6, Sergei Korolev, the Soviet rocketry and spacecraft designer, was sent a telegram saying that the Americans were ready to send a probe out into space. He had the schedule for the launch of Sputnik 1 pushed up by two days to beat that launch. However, the message he received had been poorly translated, and the Americans had no launch planned at that time.

The Satellite Was Out in Space Only for a Short Time The silver/zinc batteries powering Sputnik 1 were only expected to work for about two weeks. However, the satellite sent out radio signals for 22 days, exceeding all expectations. After the batteries died, it continued its circuit around the planet, with its orbit slowly decaying. It was finally lost when it burned up on re-entry on January 4, 1958.

The Launch of Sputnik Led to Two Famous American Agencies The successful launch of Sputnik 1 was an exciting technological achievement, which made the public fear the Soviets might be able to launch nuclear weapons via ballistic missile and strike the United States. Officials in America decided it was time to boost the country’s technological capabilities and formed the Advanced Research Projects Agency in 1958, which later became DARPA. Later that year, the National Aeronautics and Space Administration (NASA) was formed in October 1958.