On March 23, 1775, Patrick Henry stood before the Virginia Convention and called for the colony to create militias to defend against the British, using the now-famous quote, "Give me liberty, or give me death!" Here are 5 things you didn't know about Patrick Henry...

That Speech Wasn't the First Time Henry Had Criticized Britain 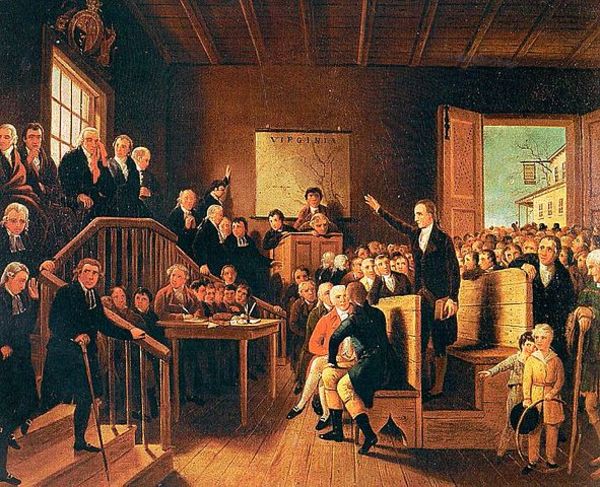 Image credit: By George Cooke - https://www.encyclopediavirginia.org/media_player?mets_filename=evm00000541mets.xml Before standing in front of the Virginia Convention and advocating for the formation of militias, Henry was a lawyer who defended the state during the Parson's Cause case. Preachers in Virginia were originally paid in tobacco, not cash, and during a particularly bad spell for tobacco crops, the colonial government (the House of Burgesses, a Virginian governing body and not a British one) decided to switch the mode of payment to a specific cash pay rate. However, when the price of tobacco surpassed the amount of pay in cash, preachers protested because they were getting what amounted to a pay cut. King George III supported the preachers. Henry represented Virginia and gave a speech that pretty much called King George III a tyrant.

He Might Actually Have Never Said That Famous Quote 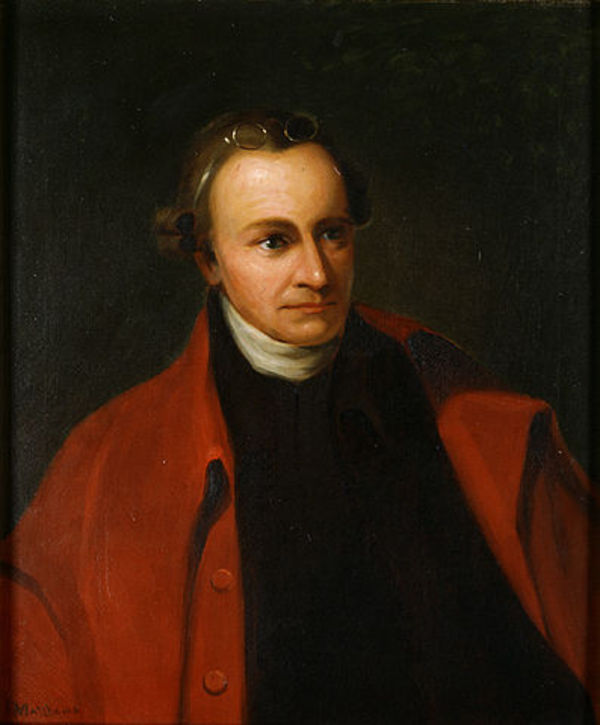 Image credit: By George Bagby Matthews (1857 - 1943), after Thomas Sully (1783-1872) - http://www.senate.gov/artandhistory/art/artifact/Painting_31_00011.htm, Public Domain The "Give me liberty, or give me death" line that Henry is known for might not have been real. No one recorded his speech, he had no notes, and it wasn't until the early 1800s that anyone bothered to put the speech back together. The author of a biography of Henry, William Wirt, cobbled together the speech from speaking with people who had heard it (Henry died in 1799, long before Wirt began his book). While there's some agreement that Wirt's version isn't too far from the truth (in other words, it's likely not made up completely), no one really knows how much dramatic flair he or his interviewees added to the speech.

No Matter the Quote's Origin, Henry's Speech Convinced a Gunshy Virginia Convention to Support Militias Regardless of the exact wording, Henry's speech was a pivotal moment for Virginia. He was addressing the Virginia Convention, where many people still hoped to avoid war with Britain. They weren't keen on the idea of forming armed militias as that could escalate British actions against colonists. However, Henry's speech was considered so energizing and inspirational that the Convention eventually voted to form militias. And it turned out the be the right move because fighting soon broke out.

Henry Preferred the Articles of Confederation to the Constitution The Articles of Confederation were the original constitution created after the United States declared independence. And the Articles were a mess. They decentralized national government for a reason; no one wanted a hint of centralized, monarch-style rule. But they left the states pretty much on their own with a hodge-podge of laws that ended up being more annoying than anything else. In 1789, the states reconvened to create a new constitution, but Henry balked at the idea, claiming the new version, which gave more power to a central national government, was too close to monarchy.

He Was a Reluctant Politician Despite Henry's continued involvement in politics, he really didn't want to be there. He, like George Washington, preferred to stay at home with family and tend to personal business. Henry tried to stay in private life as a lawyer, but in 1799, he was convinced to run again for a spot in the Virginia legislature (and he won). However, he died before his term began.