On August 26, 1920, the 19th Amendment to the U.S. Constitution took effect, granting women the right to vote. Here are 5 things you probably didn’t know about the fight to guarantee women the same right given to men...

Single Women in New Jersey Could Vote in 1797 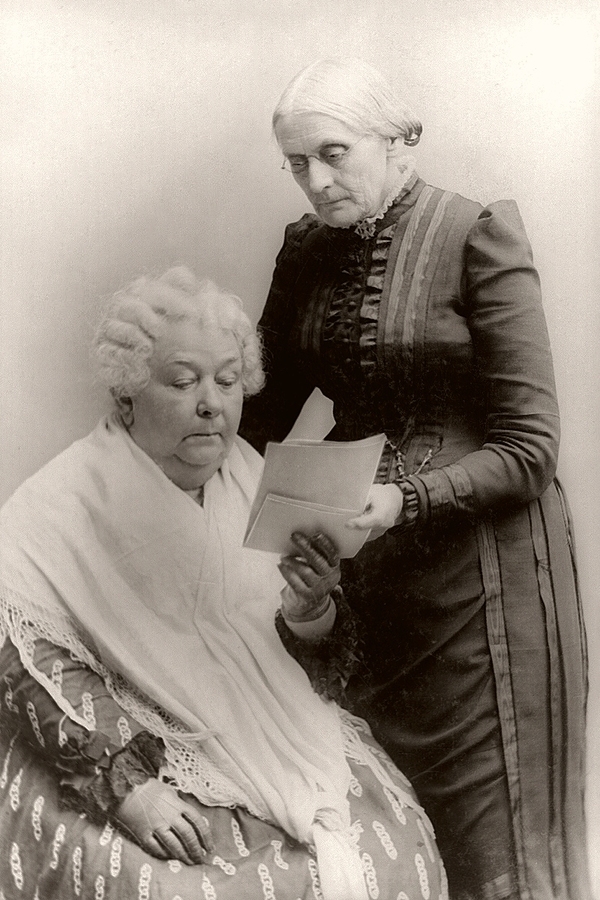 https://en.wikipedia.org/wiki/Nineteenth_ Amendment_to_the_United_States_Constitution#/media/ File:Elizabeth_Cady_Stanton_and_Susan_B._Anthony.jpg New Jersey single women were temporarily able to vote because of their state constitution, which was vague and said those worth 50 pounds were eligible to vote. For 10 years, unmarried women voted in New Jersey, but married women couldn’t because their husbands were in control of all of the property in the family, so those women were technically worth zero. The New Jersey Assembly changed the law in 1807 by restricting voting to free white males who were 21 or over, citizens of the state and who paid taxes.

Wyoming Was More Progressive Than the Rest of the Country

https://en.wikipedia.org/wiki/Nineteenth_ Amendment_to_the_United_States_Constitution#/media/ File:Women_suffragists_picketing_in_front_of_the_ White_house.jpg 1869 was a pivotal year in Wyoming, when the right to vote at 21 was given to women by the territorial legislature. Of course, there were those who tried to repeal the act several years later, but they fell one vote short of doing do. When Wyoming was being considered for statehood, Congress threatened that they had to remove women’s right to vote, however, Wyoming held fast and refused, so Congress itself relented and Wyoming became a state in 1890.

President Wilson Expressed His Support for the Amendment in 1918 Carrie Chapman Catt, the suffragist, and women’s roles during World War I swayed President Wilson’s stand on women’s voting rights, and he urged the Senate to vote for it in 1918. Despite his urging, the Senate failed to pass the measure by two votes. It wasn’t addressed again until the following year, when the legislation finally passed.

The Amendment Was Named After Susan B. Anthony The Suffrage Committee chairman, James Mann, introduced a resolution in 1919 to grant women the vote that was called the Susan Anthony Amendment. It was passed by the House with a vote of 304 for and 89 against, well above the required majority of two-thirds. The 19th Amendment was passed by the Senate several weeks later, it then went to the states to be ratified.

Several States Held Out a Long Time Before Ratifying the Amendment Some states waited for many years before finally ratifying the 19th Amendment, and Mississippi was the last state to do so on March 22, 1984. Louisiana ratified the amendment in 1970 and North Carolina waited until 1971 to do so. However, Illinois, Wisconsin and Illinois ratified the amendment within six days of its passage with New York, Kansas and Ohio following suit shortly afterward.