The Colonists Were Not Seeking Independence Originally The Americans won the battle. Image credit: WikiCommons When the American Revolution began in 1775, colonialists were more interested in greater self-government than they were with separating from the British Empire. In fact, in the petition to King George III, the Continental Congress appealed to him for protection and assured him that independence was not an objective of the colonists. The colonists’ attitude changed when the king and ministers of Britain rebuffed them, so many thought their only option was to strive for independence.

A Minority of Colonists Supported the War 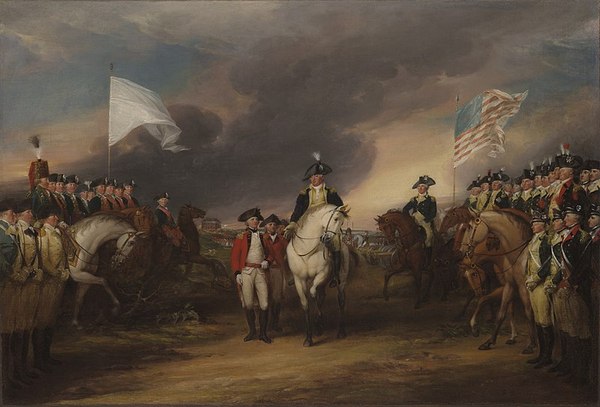 Following the siege at Yorktown, British General Cornwallis surrendered, effectively ending the American Revolutionary War. Image credit: WikiCommons About one-third of the colonists supported and fought with the British during the American War of Independence, and no more than 45 percent supported it. While the Civil War meant that states fought against those from other states, during the War of Independence, people living next door to each other supported opposing sides, creating turmoil.

The British Almost Won the War During the summer months of 1776, British troops defeated Washington’s troops at Long Island and occupied New York City, chasing the Americans across the New Jersey colony toward the Delaware River. Many of the British officers believed the rebellion would collapse by the time the middle of December rolled around, but it never happened. Washington’s troops surprised the British with a counter attack around Christmas time, raising the colonists’ spirits, so they were encouraged to go on fighting.

After the Battle of Brandywine, Washington Gave General Howe His Dog Back Evidence in the form of a letter written on October 6, 1777, showed that at least some combatants in the American War of Independence remained gentlemen. Even though Washington lost 150 men, with 500 wounded and hundreds being held by the British as prisoners following the Battle of Brandywine, the American general remembered his manners. Following the battle, a fox terrier that belonged to General William Howe, leader of the British troops, was found, and Washington had the dog returned to Howe with a polite note.

The French Navy Heavily Contributed to America’s Independence The Royal Navy helped the British army until 1778 by transporting troops up and down the coast and keeping supply lines open. When the French joined the war on the American colonists’ side, that all changed because British outposts that were isolated became vulnerable to American attack. In the fall of 1781, French and American troops hemmed in the British army led by General Cornwallis, and the surrender of those troops ended the American Revolution.