On this day in 1813, the United States got its nickname, Uncle Sam.  Here are 5 things you didn’t know about this popular symbol of our country... 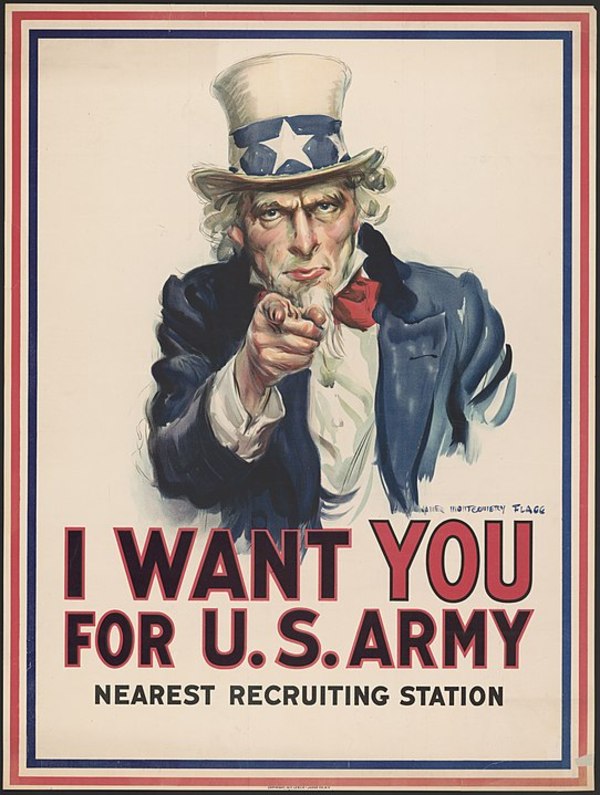 Uncle Sam didn't have a physical image for decades; the term was really just a nickname. However, in the 1860s, a political cartoonist named Thomas Nast began drawing a figure he called Uncle Sam; this figure didn't have a beard at first but later was given one before the turn of the century. The initial images of Uncle Sam were of a white male, usually middle-aged but often of undetermined age. His status as an older paternal figure was cemented around World War I, when artist James Montgomery Flagg drew the figure that most people associate with the name today.

The Concept of Uncle Sam Started as Soldier Slang The accepted story of Uncle Sam is that the name was soldier slang. When soldiers in the War of 1812 -- though this technically happened in 1813 -- would receive food supplies, they would get these barrels of beef from the United States marked "U.S." The beef came from a supplier named Samuel Wilson, the soldiers turned "U.S." into "Uncle Sam," and the nickname stuck. Eventually, it worked its way into general usage.

You Can Celebrate Uncle Sam's Existence in Troy, New York Samuel Wilson was from Troy, New York, and the town has several sites and monuments to the man behind what was one of the country's earlier memes. In addition to a statue and marking the location of his grave, Troy also has marked a false grave, the vacant lot where his house used to be, a mural on the side of a brewery building, and other unusual sites.

The U.S. May Have a Male Face, but "America" Has Long Been Represented by Women The personification of the United States may be male now, but for decades, it was female, especially when referring to "America." Initially, in the 1500s, the land that Europeans were taking over was represented by Amerique, a vaguely Native American woman whose treatment was not always civil, even in art. She started off as a queen; the known continents in the 1500s all had a female figure representing them in art. Amerique would often wear the same flowing robes as the other representations but have a headdress and carry something like a spear.

However, political cartoonists soon went to work, and by the mid 18th century, Amerique was often used as a symbol for the American colonies. She could have imagery representing the thirteen colonies or find herself held down by cartoonish British figures and forced to swallow medicine. During the American Revolution, Amerique's dress became more feather-based and skimpier in contrast to Europe's classical dress. Also during the American Revolution, another female image of America became popular -- that of Columbia, who gained popularity in the 19th century along with Uncle Sam. Both were often featured in cartoons together, with Columbia representing a more moral edge to the country. In WWI, Columbia was often used to depict women's war efforts, especially on the medical front.

It Wasn't Until 1961 That Samuel Wilson Was Officially Recognized as the Source of Uncle Sam The story of Sam the meat supplier is accepted as the true origin of Uncle Sam, but it wasn't until 1961, when Congress recognized Wilson as the basis for the name. The term "Uncle Sam" is rumored to have been in the original lyrics for "Yankee Doodle" around the 1770s. There was indeed a meatpacker named Samuel Wilson whose containers of beef supplies did reach soldiers in 1813, so while that story may have some issues of its own, it became the most acceptable version.

5 Things You Didn't Know About the Battle of Okinawa