On April 15, 1912, the Titanic struck an iceberg and sank, killing over half her passengers and crew. The supposedly unsinkable ship suffered from some design failures and planning mishaps that all led to one of the worst maritime disasters in history. Here are five things you didn't know about the sinking of the Titanic... 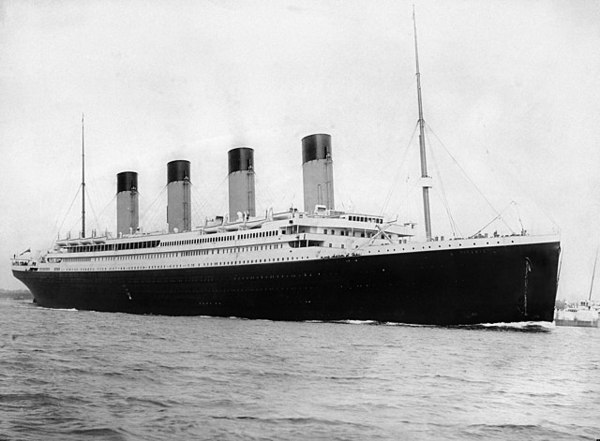 Photo credit: By F.G.O. Stuart (1843-1923) - http://www.uwants.com/viewthread.php?tid=3817223&extra=page%3D1 We know that the ship was carrying only enough lifeboats to help maybe half of the ship's population, if that. But the story is even worse when you look at the details and the excuses made after the ship sank. Not only were there fewer lifeboats because people thought the ship was unsinkable, but the number was also cut because the full complement of lifeboats that the Titanic could carry gave a cluttered impression. In other words, aesthetics won out over safety.

The mechanism that lowered the boats to the water may have been too weak to lower a filled lifeboat, too. And worst of all, an inquiry after the sinking found bizarre excuses like not needing more lifeboats because the route was so well-traveled that there was little collision risk (one would think more boat traffic would increase collision risk). Also, wrap your brain around this one, the Titanic should have had fewer lifeboats because more people supposedly would have rushed to what few lifeboats were there, filling them all to capacity and saving more people. Never mind that the boats that the Titanic did have wouldn't have saved everyone even if they were all filled. Way to pass the buck, people.

Planet Alignment and Tidal Effects May Have Played a Role 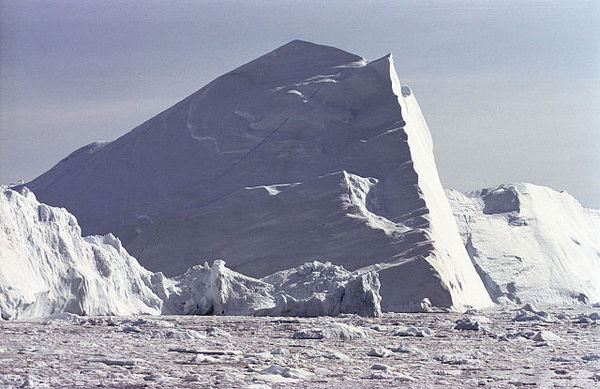 Photo credit: By Michael Haferkamp - Own work, CC BY-SA 3.0, https://commons.wikimedia.org/w/index.php?curid=191576. One of the many different influences at work that year was a rare alignment between the Earth, sun, and moon. On January 3-4, 1912, the sun, moon, and Earth were all very close to each other in terms of orbit. The Earth's perihelion -- the point in its orbit where it is closest to the sun -- occurred on the 3rd, and the moon's perigee -- the point in its orbit when it is closest to the Earth -- occurred on the 4th. What's more, that particular perigee was the closest in nearly 1,400 years, and it was just before a full moon. Astronomers at Texas State University in San Marcos, Texas, realized that the tidal effects of that series of astronomical events might have contributed to calving of glaciers in Greenland. Icebergs that formed there and then headed south could have reached the Titanic's course by April.

One Little Key Might Have Prevented the Collision A number of factors contributed to the sinking of the ship, of course, but being able to spot icebergs ahead of time, so the ship could turn away, would have really helped. And the ship did carry binoculars that lookouts could have used. However, the binoculars were all locked away -- and the one key that could have given the crew access was carried by a crew member who was dropped from the ship's crew in England. It's not guaranteed that the binoculars definitely would have made a difference, but they would have been another tool that could have had a positive effect.

The Bulkhead Design Gave New Meaning to the Term "Cutting Corners" Bulkheads serve a number of purposes, but one of those is to contain leaks due to hull breaches. Ships are supposed to have several separate compartments forming the bulkhead. If a part of the ship's hull is pierced and the bulkhead in that area takes on water, the design of the bulkhead is supposed to contain the leak to that one compartment. However, the builders or designers (or both) of the Titanic decided that the common walls separating the bulkheads did not need to be full walls. They were partial walls, with enough cut away so that, if one bulkhead began to fill with water, then the water could simply spill over into the next bulkhead, akin to how you can fill an ice cube tray by pouring water into one cube space and letting the excess water flow into the adjacent spaces.

The Rudder Was a Problem, Too Talk about overconfidence. Rudders help ships change direction and move about, and the rudder on a ship needs to be sized properly to move the bulk of the ship when needed. Unfortunately for the Titanic, the rudder on the ship was too small to move the mass of the ship quickly in an emergency. Whether this was generally poor planning, overconfidence that the Titanic would never face a problem, or both is unclear, but the result was that the ship couldn't maneuver fast enough to avoid problems.