On April 6, 1917, America entered World War I after the U.S. Congress voted to declare war on Germany. See if you can answer these trivia questions about the war to end all wars...

Why Did Woodrow Wilson Initially Oppose U.S. Entry Into the War? 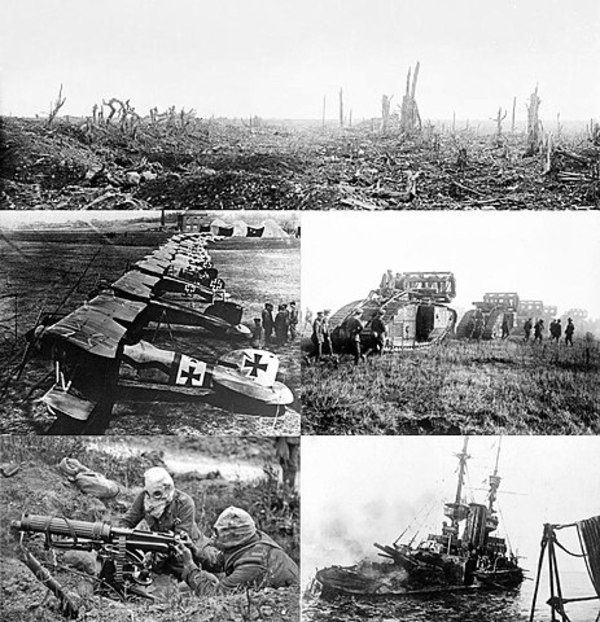 World War I is also called the Great War and reached a level of hostility never seen before. Image credit: WikiCommons. Wilson had two reasons. The U.S. public wasn't that interested in getting into a war in which they had no public stake. If Wilson decided to enter the war, he wouldn't have the support of the very people who would have had to go fight. The other reason was that Wilson knew that if the country entered the war, the immigrant communities within the U.S. could splinter and start to fight themselves, and he did not want that sort of internal strife to flare up.

How Did World War I Change the Military in the U.S.? 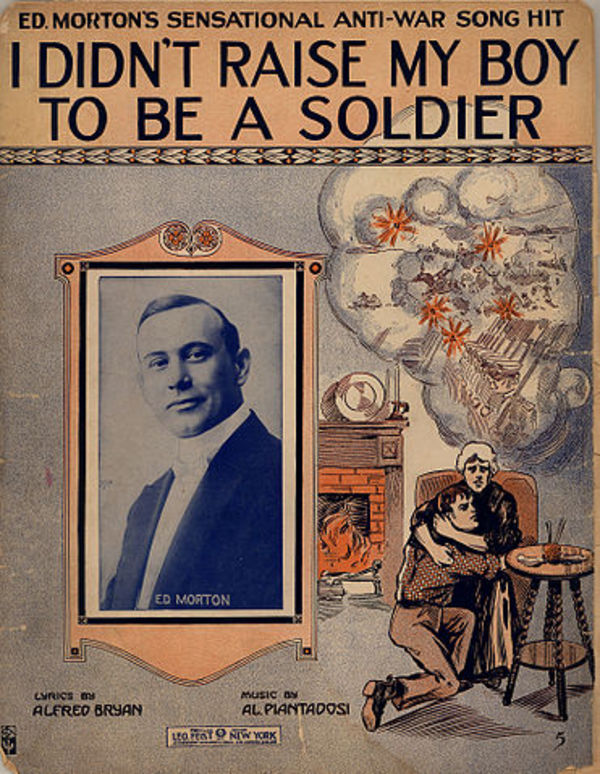 Americans really weren't supportive of going to war during the first few years, as evidenced through isolationist media such as this song. Photo credit: WikiCommons. The U.S. certainly had a military, but it was not huge, and at the time it was more concerned with battling Pancho Villa and his men, who had been attacking areas along the U.S. border with Mexico. The military was about to conduct more actions against Villa in 1916, when the growing realization that the country might not be able to stay out of the war drove Wilson to sign the National Defense Act. This expanded the network of militias across the country into a permanent part of the U.S. military under the name of the National Guard. The act also created the Reserve Officer Training Corps (ROTC) and increased requirements for and benefits to National Guard members. Wilson also greatly expanded the Navy through the Naval Appropriations Act.

How Did One Assassination Lead to So Many Countries Going to War? The key moment that started all of this was the assassination of Austro-Hungarian Archduke Franz Ferdinand in Sarajevo by a Serbian nationalist. So Austria-Hungary declared war on Serbia. Germany was an ally of Austria-Hungary and so supported that side. Russia was an ally of Serbia and supported Serbia. Germany ordered Russia to butt out and demanded France declare neutrality. Russia wasn't about to listen to Germany, and France was already annoyed with Germany after the Franco-German War of the 1870s in which Germany had annexed Alsace-Lorraine, which had been part of France. So France didn't listen to Germany either, prompting Germany to declare war on France.

Then things got worse. Germany wanted Belgium, then neutral, to give German troops free passage. That didn't work, so Germany declared war on Belgium. Britain was legally committed to defending Belgium in situations like these, so Britain had to declare war on Germany.

The pile-up continued. Montenegro sided with Serbia, and even Japan got involved, declaring war on Germany after Britain asked Japan for help with naval matters against Germany, after which Japan ordered German ships to leave Japanese waters and turn over naval bases located in China. Then Romania got involved, then Italy, then Portugal, Bulgaria, Siam (Thailand), Greece, and more countries joined the fray over the next few months.

What Danger Did British Journalists Face During the War? British journalists were at risk of death — from the British government. Britain wanted to control what information got to the public, especially about how bloody the war had become. The truths that journalists tried to tell were considered helping the enemy (for example, if the public knew how terrible the fighting was, they might demand troops come home). Britain did eventually send a few vetted correspondents to be with troops after the British public demanded more news of what was happening.