On July 20, 1969, Astronaut Neil Armstrong became the first person to walk on the Moon, and 19 minutes later, Buzz Aldrin joined him. To celebrate the 50th anniversary of this landmark event, here are five little known facts about the first moon landing...

If the Mission Went Wrong, the Astronauts Had a Plan to Care for Their Families 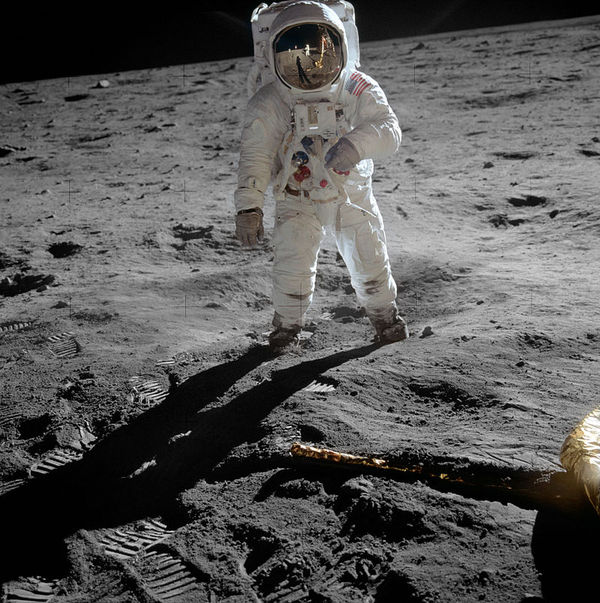 https://en.wikipedia.org/wiki/Apollo_11#/media/File:Aldrin_Apollo_11_original.jpg Many people carry life insurance policies but purchasing one to insure an astronaut would probably cost a great deal, so the Apollo 11 astronauts came up with a plan to take care of their families if the mission went wrong. All three were sitting in pre-launch quarantine when they signed their autographs hundreds of times and put a trusted friend in charge of them. If the worst happened, the friend was supposed to send the autographs to each of the astronauts’ families, so they could make money by selling them.

That First Step by Neil Armstrong Was More of a Leap 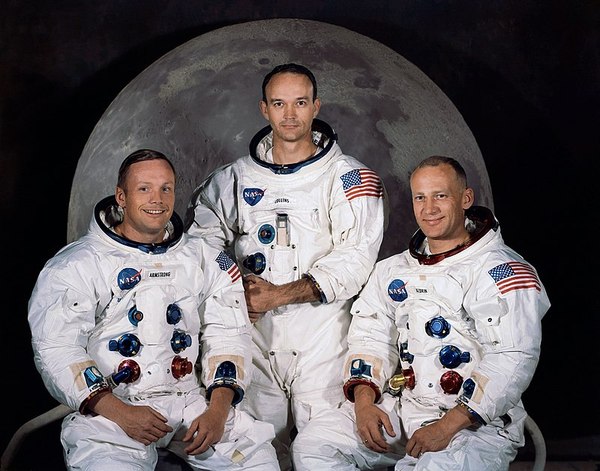 https://en.wikipedia.org/wiki/Apollo_11#/media/File:Apollo_11_Crew.jpg Astronaut Neil Armstrong gave out his famous words saying that it was a small step for man and a giant leap for mankind, but he might have not been talking figuratively. The lunar module landed genty, which meant the shock absorbers did not compress. When Armstrong stepped out the door onto the surface of the Moon, it was more of a jump of four feet down to land on the Moon’s surface, instead of a step.

The Astronauts Went Into Quarantine After Their Visit to the Moon Since scientists did not know if there was life on the Moon, the astronauts from Apollo 11 had to go into quarantine for 21 days upon their return to guard against Moon diseases. They put on isolation garments that were passed to them from the divers after the capsule landed, were washed with a solution of sodium hypochlorite and the Columbia was wiped down with Betadine to remove any dust from the Moon. Then they were lowered by helicopter to the quarantine facility, which happened to be an Airstream trailer.

The Flag Planted on the Moon Is the Only One Not Still Standing Flags were planted on the Moon by astronauts from Apollo 11 and 12 as well as 14 through 17, but only five of the flags are still standing. The flag planted by the Apollo 11 astronauts was knocked down when the astronauts left the Moon’s surface to go back to the command module. Astronaut Buzz Aldrin was looking out the window as the launch away from the Moon’s surface began and saw the flag blasted away.

The President Had a Speech Prepared in Case of a Disaster Richard Nixon was president at the time of the Apollo II moon landing, and everyone was aware that the mission might go wrong and the astronauts possibly would not return, so he had a speech ready in case a tragedy happened. The speech touched on the men’s bravery, how they would be mourned and how others would follow them into space. General Eisenhower also wrote a speech in the event the D-Day invasion wasn’t successful, but fortunately, neither man had to read these speeches.