On January 16, 1919, prohibition took effect, which made it illegal in the United States to manufacture, transport or sell liquor. Here are 5 things you didn't know about the long dry spell in American history....

It Wasn’t the First Time Prohibition Had Been Tried 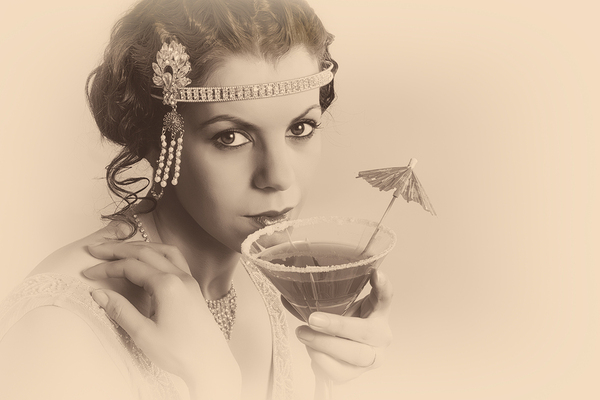 Prohibition caused the blossoming of illegal businesses such as speakeasies, drinking cruises and bootleggers who often delivered whiskey to clients one step ahead of the law. Early in the 1800s, teetotalers and some religious revivalists such as the American Temperance Society held campaigns against what they considered the scourge of alcohol, and it paid off when Maine was the first state to prohibit the sale of alcohol in 1851. Some of the other states followed suit, but these laws were repealed at the insistence of their beer, wine and liquor consuming citizens. Congressmen on Capitol Hill finally decided to take up the matter in the 1910s, in part due to the deep pockets of groups such as the Women’s Christian Temperance Union and Anti-Saloon League. 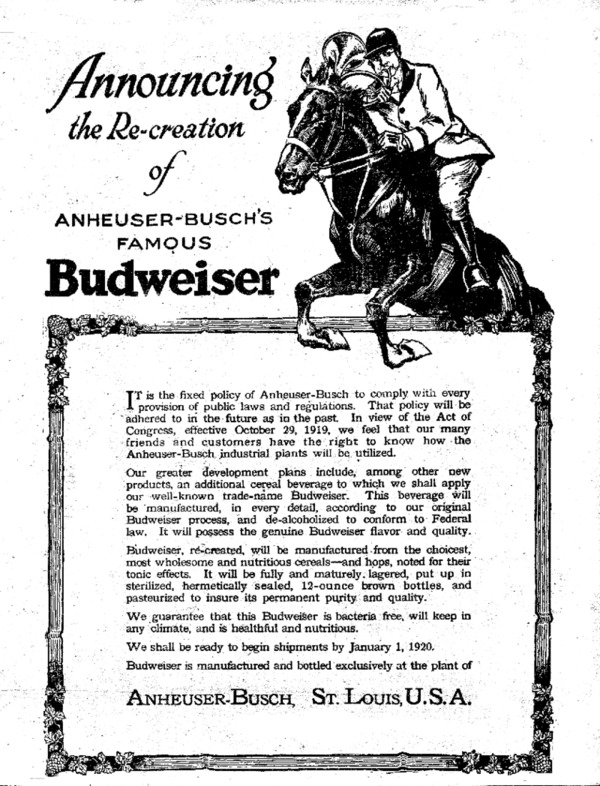 Anheuser-Busch’s ad from 1919 tells its customers that their beer will be of the same quality and have the same flavor but without the alcohol. Image credit: WikiCommons Federal agents were designated to enforce the new prohibition law, including Eliot Ness of The Untouchables fame. However, the individual states were supposed to enforce the law inside their borders. Many of the governors objected to the added cost and did not appropriate the funds to enforce the law. The state of Maryland, where everyone knew that crabs go best with a cold beer, refused to appropriate any money at all and never enacted a code to enforce prohibition.

Drug Stores Sold “Medicinal” Whiskey There were notable exceptions to the distribution of alcohol provided under the Volstead Act, including sacramental wines used in churches and temples, which gave rise to a questionable number of priests and rabbis. Drug stores could sell whiskey for medicinal purposes for any ailment that could be conceived of as long as the patient had a doctor’s prescription, and patients could refill that prescription every ten days. Daniel Okrent, a historian of prohibition, said that alcohol sales helped drug store chains such as Walgreens flourish.

Companies That Made Alcoholic Beverages Had to Get Inventive Some small breweries kept producing their products secretly, but many had to repurpose their factories to stay in business. Anheuser Busch and Yeungling both switched to making ice cream, and Coors upped their production of ceramics and pottery. Most brewers sold malt syrup so that beer could be made at home, winemakers sold grape concentrate, and “near beer” with 0.5 percent alcohol kept their businesses going until the law’s repeal.

During the Great Depression, Lost Revenues Resulted in the Repeal of Prohibition By late in the 1920s, there were about 30,000 speakeasies in New York City alone, and Detroit’s booze trade was only surpassed in profitability by the auto industry. Because activities of this type slashed into potential tax revenues, there was a strong push for the repeal of prohibition. Franklin D. Roosevelt agreed and included a call for repeal during his presidential campaign in 1932, resulting in his winning the presidency in a landslide and the law’s repeal at the end of 1933.