On May 6, 1937, the German airship Hindenburg crashed and burned in Lakehurst, New Jersey as it attempted to land. The Hindenburg disaster, which was recorded on film, marked the end of the use of airships as a form of travel. Here are five things you probably didn't know about the Hindenburg... 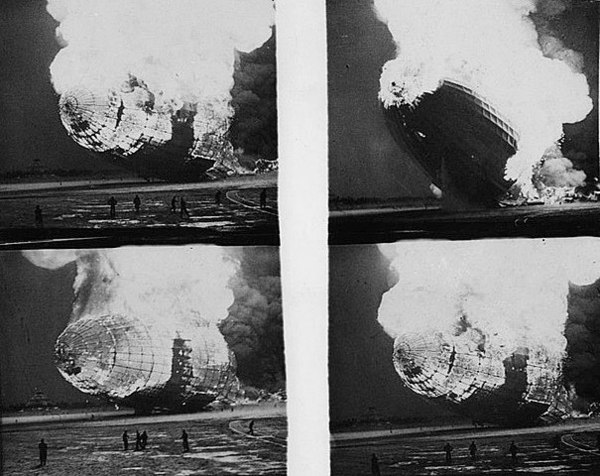 Photo credits: By William Deeke/Pathe - eBayfrontback, Public Domain, https://commons.wikimedia.org/w/index.php?curid=34747045. The Hindenburg disaster is often represented in popular culture by that famous shot of the zeppelin with its nose tilted upward, its rear half consumed by flames and debris. It's ranked as one of the most terrifying events of the century, one of those disasters that everyone learns about along with the Titanic and the 1906 San Francisco earthquake and subsequent fires. The image is one of immense calamity. Yet you may be surprised to learn that there weren't that many people lost. A total of 36 people were killed, unlike the Titanic in which over 1,500 people died. That doesn't mean the disaster was any less terrible than its reputation implies; any loss of life in a disaster is too much.

The Zeppelin Was a Nazi Ship 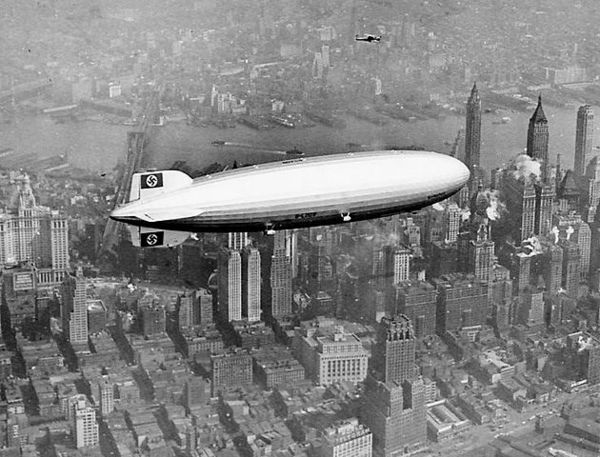 Photo credit: By Associated Press - eBayfrontnews storyback, Public Domain, https://commons.wikimedia.org/w/index.php?curid=36019241. It's no secret that the Hindenburg was traveling to the United States when the Nazis ruled Germany, but the pictures from the disaster don't always show the swastikas on its tail, which were clearly visible from the ground. In fact, one woman who remembers seeing the zeppelin in flight told the Guardian that, as the Hindenburg flew over Pennsylvania on its way to New Jersey, people in the neighborhood made angry gestures toward the airship when they saw the swastikas. After the disaster, people wondered if the airship had been sabotaged because of reports that there had been earlier threats.

The Ship Combusted, Which Is Not the Same as "Exploded," Although It All Started With a Spark The core causes of the disaster are still debated periodically, but most agree that a spark did ignite the hydrogen that had leaked out of one of the containers at the back of the ship. After that initial ignition, the ship didn't explode; it burned rapidly instead, taking less than a minute to disappear into a heap of flames. The disaster was caught on film, and you can find videos online that show how quickly it happened.

The Disaster Could Have Been Prevented The Hindenburg had made several trans-Atlantic crossings before May 1937, so it was considered a routine form of transportation that was safe and reliable. One of the problems with the use of the airship, though, was that it couldn't really fly in high winds. At the time of the fated flight, the airship was already late because of winds, and it flew in for a landing in bad weather conditions that included thunder. Because the ship had a schedule to keep -- it was supposed to unload passengers and add a new load of passengers quickly before heading right back to Germany -- the pilots and ground crew attempted a different type of landing that would allow the ship to touch down more quickly. This involved throwing cables from the ship to the ground so that the ground crew could pull the ship down. Unfortunately, the cables acted as electrical conductors in the wet conditions and may have produced the spark that ignited the hydrogen. Had the ship attempted its usual type of landing, which didn't require those cables, it might not have caught fire.

The Disaster Led to One of the More Famous Phrases in Modern English NBC announcer Herb Morrison was at the scene, planning to record what should have been a standard news announcement about the landing. Instead, Morrison ended up narrating the disaster -- this was not live, but it was later broadcast across the country -- and he exclaimed, "Oh, the humanity!" at one point. That was the first recorded use of the phrase, and any time you hear that phrase used in TV shows, movies, or other media, remember where it came from.