April 1st is celebrated as April Fool’s Day, a time when jokers and pranksters do their best to outdo each other. Start your April Fool’s Day celebration by answering these trivia questions.

Where Did April Fool’s Day Originate? 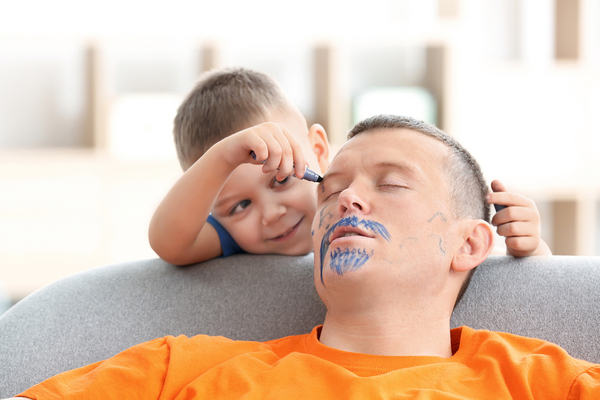 In 1508, a French poet first mentioned "Fish of April," which referred to sticking a paper fish on someone's back as a joke. Although nothing has been proven, the switch to the Gregorian calendar from the older Julian calendar in 1582 may have been when April Fool’s Day started. Those who didn’t realize the new year had been changed to January 1, or hadn’t heard the news continued to celebrate the start of the year during late March, became the butt of hoaxes and jokes. This included sticking a paper fish to their backs, called April fish in French, which symbolized a person who was gullible. 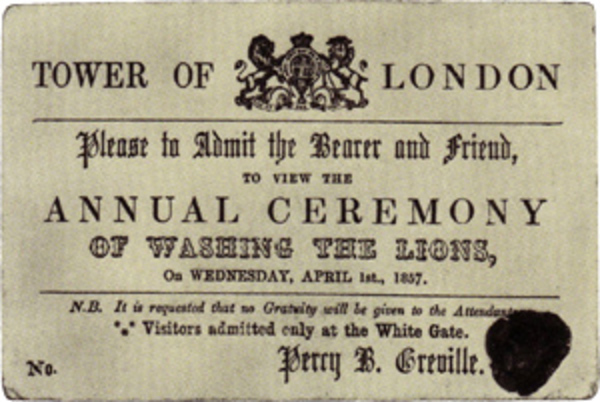 The above ticket from 1857 supposedly would admit bearers to the ceremonial washing of the lions at the Tower of London in England. Img: Wikicommons In 1957, a news program on BBC on April 1 announced that farmers were harvesting an enormous crop of spaghetti that year because the destructive spaghetti weevil had been eliminated. The news story was accompanied by a film of peasants pulling spaghetti from trees. Callers to the show wanted to find out how to grow one of the trees at their own home, to which the BBC responded that they should put a piece of spaghetti in a tomato sauce can to spout their own tree.

In What State Did a Man Play an April Fool’s Joke on an Entire Town? Those living in Sitka, Alaska, woke on the morning of April 1, 1974, to see what appeared to be large clouds of smoke rising from a supposedly dormant volcano nearby, which terrified them. It turned out that a master joker named Porky Bickar had hundreds of tires dumped into the crater of the volcano and lit on fire as a joke. Legend has it that during the eruption of Mount St. Helens a few years later, one resident of Sitka wrote a letter to Bicker saying that he had carried his joking too far.

What Island Was Invented as an April Fool’s Joke? The Guardian, a British newspaper, went all out for an April Fool’s Day joke in 1977 when it published a supplement, seven pages long about an imaginary island called San Serriffe, which supposedly was located in the middle of the Indian Ocean. The article, which included a map of the imaginary world, went on to describe the nation, which was made up of two islands named Upper Caisse and Lower Caisse. It also described the country’s culture and geography, and shared the name of its leader, General Pica. Phones at the newspaper rang off the hook as readers looked for additional information for this wonderful sounding holiday spot, and few took note that printer’s terminology was used to describe the information about the island.

How Have Fast Food Restaurants Played April Fool’s Jokes? Even fast food companies have gotten into a competition on spoofing their customers on April Fool’s Day. In 1996, Taco Bell ran a huge ad in major newspapers saying that the company had purchased the Liberty Bell and intended to rename it the Taco Liberty Bell, which outraged hundreds of people until the company fessed up that it was a joke. Burger King got into the act in 1998 when it announced a left-handed Whopper, which many customers requested, not realizing it was an April Fool’s Day joke.