On October 6, 1889, the Moulin Rouge cabaret opened in Paris, attracting people from all walks of life. Here are 5 things you probably didn’t know about this risque cabaret that remains just as popular today as when it opened... 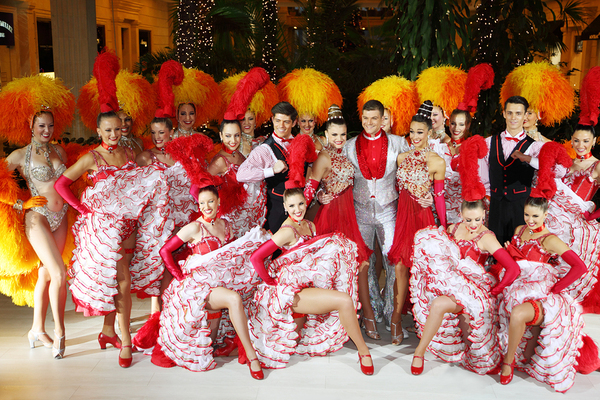 The Moulin Rouge displays a big red windmill with rotating arms at the entrance, and it refers to what was once the little hilltop village of Montmartre, a suburb of Paris. At one time, there were many windmills in the area, and Montmartre was known for its numerous artists and bohemians, cobbled streets, and vineyards. The windmill was added to the cabaret as a bit of whimsy and nostalgia, echoing back to the early days of the area.

The French Can-Can Was Introduced at the Moulin Rouge 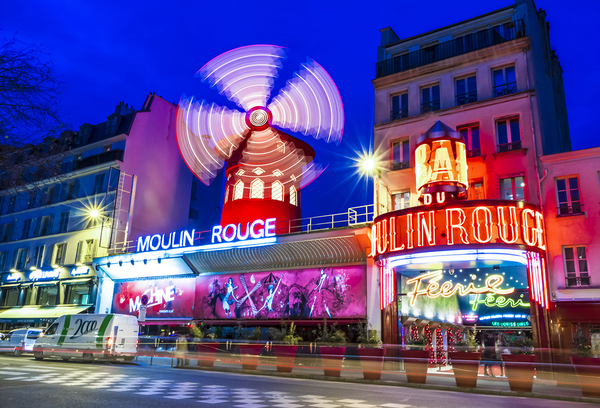 Many people are familiar with the French can-can dance, in part due to famous paintings by Toulouse-Lautrec, who made La Goulue, one of the can-can dancers, famous. Although the dancers, who lifted their skirts and kicked, were thought to be catering to the amoral by some, it was perceived by others as a type of emancipation of women at the time. The can-can is still performed at the cabaret today, and in addition to dancers, exotic animals, magicians, and acrobats perform at the 850-seat venue, which is sold out every night.

It Was One of the First Buildings in Paris With Electricity While Paris is nicknamed the “City of Light,” the Moulin Rouge was one of the first buildings to actually add electric lights. This addition had to have been dazzling to those who were used to gas or kerosene lamps, fireplaces and candles to light their way. Adolphe Leon Willette was a French artist of the period and was the architect that designed the building. He believed that using bright red electric lights on the building’s facade would signify it as an emblem representing the city of Paris.

The World’s Most Highly Paid Female Entertainer Worked There Mistinguett, whose real name was Jeanne Florentine Bourgeois, was the daughter of a French day laborer and seamstress, but she wanted to become an entertainer at an early age. She performed risque routines at the Moulin Rouge, Folies Bergere, and other venues, earning a name for herself as the most popular entertainer in France. She became the highest-paid female in the field of entertainment. She was so popular that her legs were insured for 500,000 francs in 1919.

The Moulin Rouge Holds Several World Records The “Guinness Book of World Records” recognizes the Moulin Rouge for serving the highest number of bottles of champagne each year. Although ticket holders usually receive a half bottle for each person, plenty of people buy more, which helps account for the 240,000 bottles of champagne served yearly. In addition to this record, the cabaret achieved a world record in 2014 for the can-can dancers lifting their legs 29 times within half a minute.