On May 16, 1929, the first Academy Awards ceremony was held at a dinner party for around 250 people held in the Blossom Room of the Roosevelt Hotel in Hollywood, California. See if you can you answer these trivia questions about the Academy Awards... 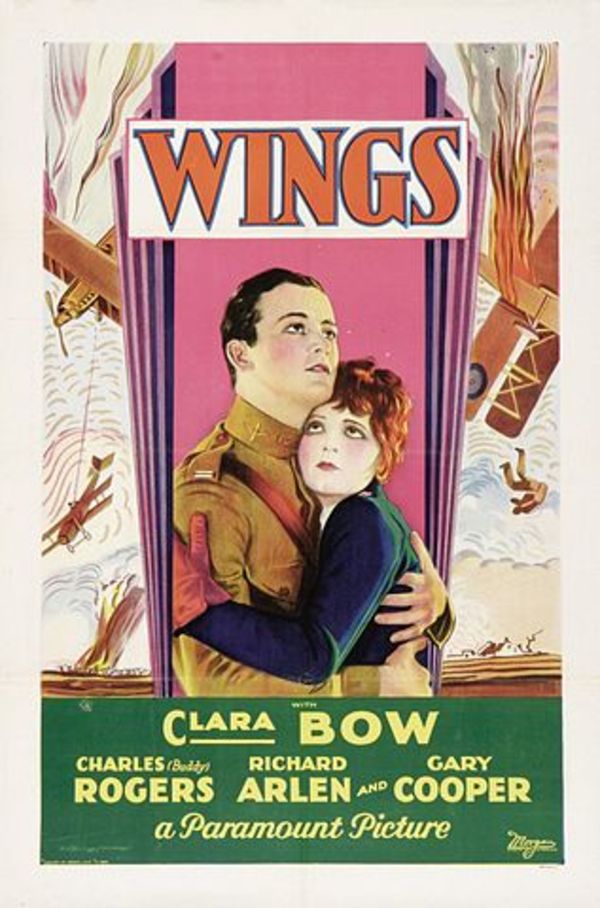 Photo credit: By Paramount Pictures - impawards.com, Public Domain, https://commons.wikimedia.org/w/index.php?curid=10475470. At the time of the first Oscar ceremony, sound had just been introduced into film. The Warner Bros. movie The Jazz Singer–one of the first “talkies”–was not allowed to compete for Best Picture because the Academy decided it was unfair to let movies with sound compete with silent films. The other restriction was that Charlie Chaplin's name was withdrawn from all of the categories in which he had been nominated. Originally a nominee for Best Actor, Best Writer and Best Comedy Director for The Circus, Chaplin was removed from these categories so he could receive a special honorary award, a change that some attributed to his unpopularity in Hollywood.

Who Holds The Record For Winning The Most Academy Awards? How Many Ties Have There Been in Oscars History? This depends on what you mean by "tie." If you mean how many times has the same award been given to two winners, that would be six times. But not all of those were exact ties. And the very first Oscars had a couple of winners that could have been considered a tie later on. The first film to win "Outstanding Picture" was Wings. But that year there was another category called the best "Unique and Artistic Picture," which was won by Sunrise. That Artistic category was soon nixed. As for the other ties, in 2013 there was a tie for best sound editing; in 1995, the best short film (live action) was a tie; in 1987, the best documentary was a tie; in 1969, the best actress award was a tie; in 1950, the best documentary short subject was a tie; and in 1932, the best actors tied in an unusual way. That year, awards were considered tied if the second-place winner got within three votes of the first-place winner. The two winners that year were separated by only one vote.

How Many Refused Awards Have There Been in Oscars History? Three people have outright rejected awards; one person just never showed up or communicated with the Academy about receiving his. Note that this is not the same as just not attending the ceremony; plenty of nominees and winners avoided the ceremony but did not reject anything they won. So: Jean-Luc Godard was set to receive an honorary Oscar, but the Academy couldn't reach him; while that's not a straightforward rejection, it's pretty close. As for the other three, those were Marlon Brando, who sent Sacheen Littlefeather in his place to publicly reject the award; George C. Scott, who for years had said he'd reject the award (and then made good on that rejection when he won for Patton); and Dudley Nichols, a screenwriter in the 1930s who rejected his award as a protest against the anti-union attitude toward the new Screen Writers Guild. He later accepted his award after the National Labor Relations Board legitimized the Guild as the union for writers.