On this day in 1913, Hudson Stuck, an Alaskan missionary, led the first successful ascent of Denali (formerly known as Mt. McKinley) the highest point on the American continent at 20,320 feet.  Here are five things you didn't know about the tallest mountain in the North America... 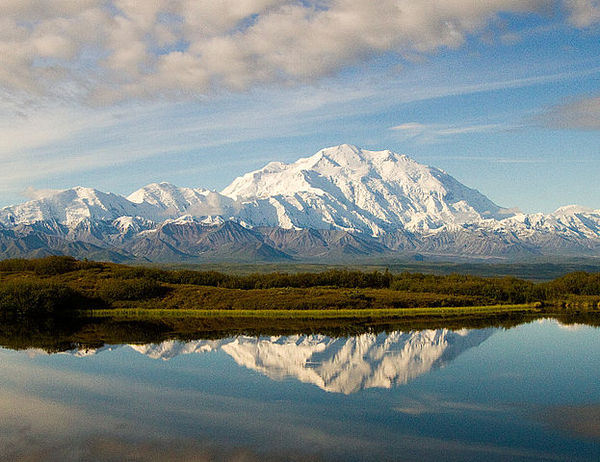 Photo credit: By Denali National Park and Preserve - _MG_4070Uploaded by AlbertHerring, Public Domain, https://commons.wikimedia.org/w/index.php?curid=45209082. Mt. McKinley has had that name for what is really only a short time -- and in fact, as of 2015, it wasn't named Mt. McKinley anymore. That name was first used in 1897 by a gold prospector who was simply a fan of President McKinley. The national park surrounding the mountain was also named after President McKinley until 1980, when it was renamed Denali National Park and Preserve. The mountain has had several names both in various Athabascan languages and in English, but "Denali" is the one that people have tried to use over the past century. Alaskan representatives continually petitioned to have the mountain itself renamed Denali, but their efforts were blocked every single year because Ohio's representatives wanted the mountain to continue to be named after McKinley, who was from Ohio. Finally, in 2015, President Barack Obama approved the name change. President Donald Trump asked Alaskan senators if they wanted the McKinley name back, and both refused, stating that they wanted the mountain to remain "Denali."

Want to Climb Denali? You'll Have to Climb More Than You Would if You Were on Mt. Everest. 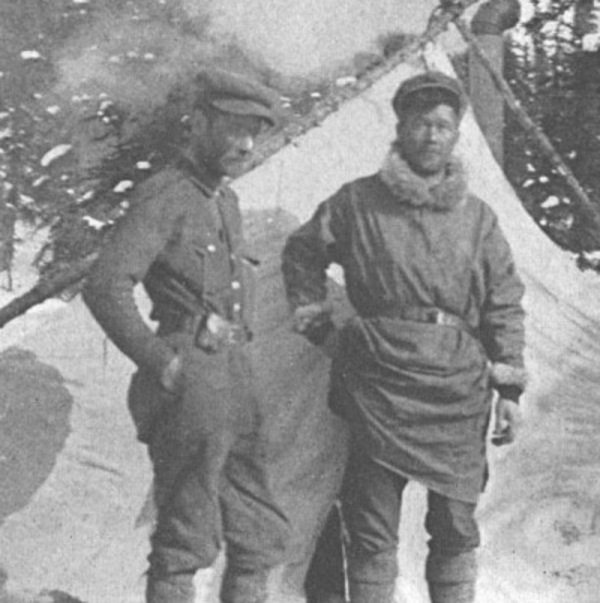 Photo credit: By Hudson Stuck - Ascent of Denali 1914, Public Domain, https://commons.wikimedia.org/w/index.php?curid=17909328. People tend to think of mountain heights as one general measurement, but "highest" and "tallest" are actually two different measurements. "Highest," in terms of mountains, runs from sea level to the top peak of the mountain. "Tallest" runs from the base of the mountain to the top peak. So even though Mt. Everest is the highest mountain because of its massive 29,000+ elevation above sea level, it's not the tallest. From base to summit, it spans only 12,000 feet, while Denali spans 18,000 feet from its base to its peak. (Mauna Kea is the tallest on the planet, spanning over 33,000 feet from its base on the ocean floor to its summit.)

Climbers on Denali Also Have to Deal With Lower Barometric Pressure and Worse Temperatures Than on Everest Adding to the difficulty is Denali's latitude. Being so far north on the continent means that the atmosphere around the peak is very thin and has a much lower barometric pressure than that around peaks at more moderate latitudes. Low temperatures and wind chills can be worse on Denali, too; for example, Mt. Washington in Vermont, often said to have some of the worst weather on the planet, had a wind chill of nearly -103F in 2004, while Denali has seen wind chills of -118F at its peak.

Denali Has Had "Volcano-Like" Earthquakes, Even Though It Is Not Considered a Volcano Denali is not considered volcanic despite its proximity to volcanoes in Alaska. However, in 2016, the Anchorage Daily News reported that a slow, volcanic-like quake was observed at the mountain in 2015. The quake was very light but lasted a long time, and it was centered at a part of the interior of the mountain that you would expect to see in a volcano. However, the Alaska Earthquake Center has stated that Denali is not about to turn into a volcano or erupt.

Measuring the Mountain's Actual Height Has Been Kind of a Problem Finding the actual height to the foot for mountains is getting easier with technology, but it's still rather difficult overall. Denali is no exception; its official height has changed slightly over the years. The latest measurement is 20,310 feet as of 2015, although the mountain is growing ever so slightly each year.