On August 28, 1963, Martin Luther King Jr. delivered his "I Have a Dream" speech on the steps of the Lincoln Memorial in Washington, D.C. Here are 5 things you didn't know about this widely respected activist and man of peace...

The Only Other American Given a National Holiday Is George Washington Over the years, King was arrested and jailed 30 times. In 1986, Martin Luther King Jr. Day was designated as an official holiday after a bill was first introduced in the House of Representatives in 1968 by Representative John Conyers of Michigan. Each legislative session, the bill was resubmitted, but it took many years before public pressure caused Congress to pass it. Some of the earlier opposition was because of the date chosen, January 15, since it was considered by some to be too close to the holidays. 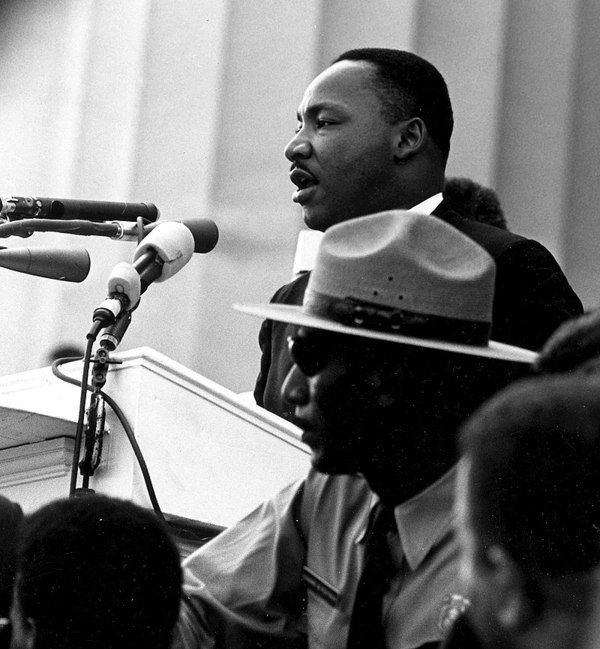 https://en.wikipedia.org/wiki/Martin_Luther_King_Jr.#/media/File:Martin_Luther_King_-_March_on_Washington.jpg King was named after his father, Reverend Michael King Sr., but both he and his father changed their name to Martin in 1934 after becoming inspired by the 16th-century theologian Martin Luther. Because King was 5 years of age at the time, his family and close friends continued to call him “Mike” throughout the years.

He Was Bright From the Beginning King first began school when he was 5 years old but had to wait until the next year to enter first grade because he was considered too young. A precocious child, he skipped second grade, along with several other grade levels, including his senior year at high school. At age 15, he entered Morehouse College and earned a degree in sociology.

Dr. King Became a Minister at an Early Age King first thought about becoming  a lawyer or physician instead of a minister like his father but changed his mind after he studied in a class with the head of the school of Religion at Morehouse College, Dr. George Kelsey.  King changed his mind and decided to enter the ministry, becoming ordained at 19 in the year 1948.

A Sneeze Could Have Cost King His Life in an Earlier Attempt at Assassination In 1958,  while at a book signing, a 42-year-old woman with paranoid delusions named Izola Ware Curry stabbed King. The weapon she used was a letter opener that was about 7-inches long and came perilously close to a major artery. So close, in fact, that doctors said so much as a sneeze from King before the injury was repaired would have proved fatal.