On September 8, 1966, the TV series Star Trek premiered on NBC. What started as a little space adventure show ballooned into a cultural phenomenon and some of the most beloved characters in television and movie history. Here are five things you probably didn't know about Star Trek...

Spock Was Not Named After Dr. Spock, at Least Not Intentionally 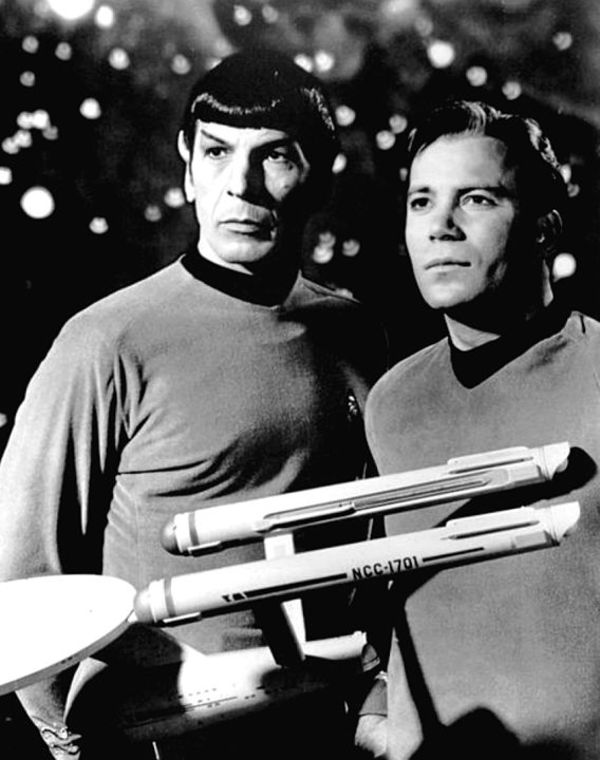 Gene Roddenberry has written that he did not name Mr. Spock after Dr. Benjamin Spock, the noted child-development expert. And he may not have done so intentionally. However, given that Dr. Spock's books had already been in print for a while, the name may have been familiar to him already. Regardless of the origin of Spock's name, the show took the confusion in stride and ran with it; in an episode of Star Trek: Voyager, for example, the Doctor considers choosing a name, and "Spock" is one of his options. 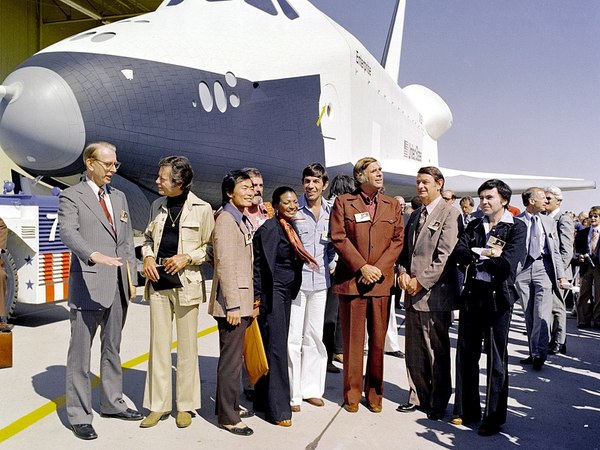 Fan campaigns to save or revive TV shows are common now, but in the 1960s, fans organized one for Star Trek that blew everyone away. The show was supposed to be canceled after two seasons, but fans organized a huge letter-writing campaign that surpassed 110,000 letters and postcards. Students at Cal Tech organized a college protest march that ended at the NBC studios, too. That may not sound like much now, when the internet allows for international organization within a few minutes, but it was unheard of in the 1960s for a television show.

Neither William Shatner Nor Zachary Quinto Could Do a Proper Vulcan Salute Without Help How many of you reading this had to teach yourselves to do the Vulcan salute, where your fingers form a V shape with two fingers on each side? Consider yourselves lucky if you trained yourself to make this hand signal easily; neither William Shatner (Kirk) nor Zachary Quinto (Spock in the rebooted timeline) were able to do so. Shatner had to tie fishing line around his fingers to get everyone to stay in place for the salute, and Quinto had to use a form of superglue typically used in hospitals on skin.

Spock Was Originally Going to Be a Devil, DeForest Kelley Was Going to Play Spock, and Spock Had the Opportunity to Lose His Ear Points It's no secret that characters undergo massive changes as TV shows get off the ground and go into production. However, those changes can sometimes be surprising. Dr. Spock was originally supposed to be Martian, with red skin, a food-absorbing abdominal plate, and a devil-like tail; however, Gene Roddenberry worried that, should the space program send a human to Mars, whatever was found there could make Martian Spock immediately outdated, so he nixed that idea. There was also the little problem of how the red skin makeup would work on black-and-white TVs, which were still very common then; the makeup looked nearly black and would have given the impression that Spock was in blackface. Plus, all that red makeup would have been a pain to apply. Oddly, the network still considered now-Vulcan Spock to be too Satanic-looking, but they backed off once they found out viewers adored Spock. Additional changes included having DeForest Kelley audition for Spock, and the option for Spock to lose his pointy ears through plastic surgery performed by Bones (Dr. McCoy) if Leonard Nimoy found the prosthetic ears too uncomfortable.

The First Person to Create Words in Klingon Was James "Scotty" Doohan Language fans will know of Dr. Marc Okrand, a linguist who created the Klingon language and wrote dictionaries and short textbooks on how to speak Klingon. The work was so thorough that the language app Duolingo even offers a short course in Klingon. However, Okrand didn't create Klingon from scratch. While he did create the majority of the language and its rules, the seeds of Klingon pronunciation and grammar were sown in the first Star Trek movie by James Doohan, who played Scotty. Okrand took the few lines and analyzed their sounds and syntax, and built an entire, logical artificial language that now appears in Bing's translator software.