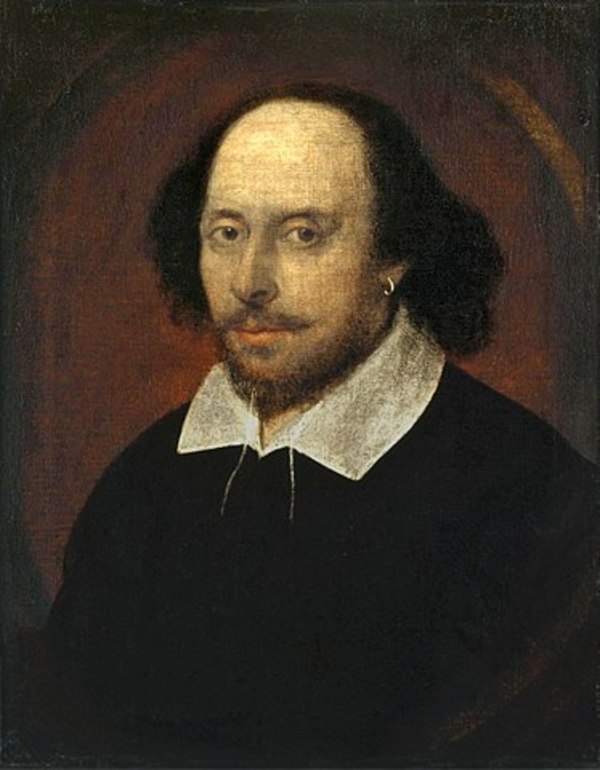 In November 1582, 18-year-old William wed Anne Hathaway, a farmer’s daughter eight years his senior. Instead of the customary three times, the couple’s intention to marry was only announced at church once—evidence that the union was hastily arranged because of Anne was pregnant. Six months after the wedding, the Shakespeares welcomed a daughter, Susanna, and twins Hamnet and Judith followed in February 1585.  A debate has raged for years about whether William Shakespeare and Anne Hathaway were a love match or not. How did the idea that they were unhappy come up? The smoking gun was Shakespeare's will, which left Anne his "second-best bed." Generations of scholars considered it a diss not to leave Mrs. Shakespeare the best bed in the house.

Shakespeare and Hathaway Had to Pay a Lot to Get Married 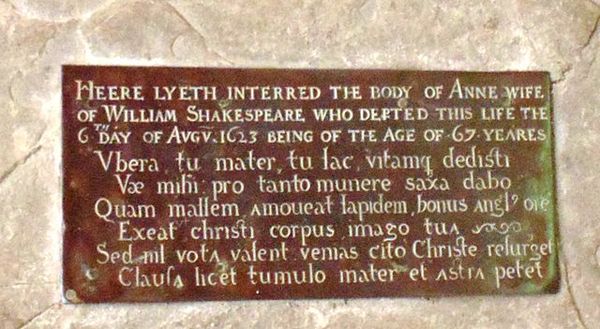 Anne outlived William by seven years. Photo credit: By Tom Reedy - Own work, CC BY-SA 3.0, https://commons.wikimedia.org/w/index.php?curid=32102135. When these two decided to get married, they had to pay a bond and verify that there were no objections to their marriage. The bond doesn't sound so bad now—40 pounds—but remember this was in 1582. For comparison, a court physician in the early part of the 1500s might have earned a little over 100 pounds per year, and chances are the pay wasn't much higher by the latter half of the century. So that 40-pound bond was nearly half the annual salary of a professional worker. Various online calculators peg 40 pounds in 1582 as equivalent to about 10,000 to 15,000 pounds in 2018.

Other Writers in History Haven't Been as Crazy About Him as the Public Has Been If you don't like Shakespeare's plays, you're not alone—and some of your company includes well-regarded writers. For example, Leo Tolstoy thought Shakespeare's works were "trivial"; Voltaire referred to his works as a "dunghill" when lamenting that he had originally liked Shakespeare's works. George Bernard Shaw admitted hating the Bard's plays, and J.R.R. Tolkien desperately hated them (possibly a result of having to study them in school so much).

The Moons of Uranus Are Named After Shakespearean Characters